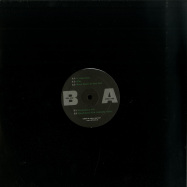 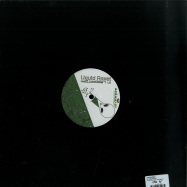 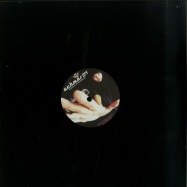 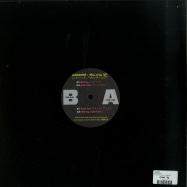 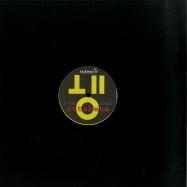 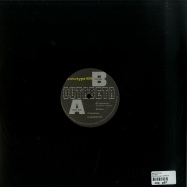 Prototype 909
OUTABETA
12" Vinyl US 23.07.18
in the studio prototype 909 was a group that rarely agreed on a clear idea of exactly what they were trying to accomplish. the entire project was an experiment, and every time they hit record there was nothing better for them to do than to just try stuff. whenever it came time to put together an album they would go through what they had recently done and nd the tracks that seemed to fit together well, or that at least sounded like they were made by the same group. that left on the cutting room foor some really amazing worst that somehow just didnt fit their goals at the time. at schmer, we remember. p-909 leftovers have schmer written all over them. these four tracks were all recorded live in the studio in between their three studio albums 93-97. brenecki ( half of ontal ) provided his remix inspired by one of them. hyperdrive and -datafash- were recorded shortly after acid technology was released in 93. they come from the -lets make acid technology vol 2 approach-. that would have made a really cool record had they done it but they decided on making transistor rhythm instead. anoisenyc aka the tracs that dietrich hates is what you get when you let jason go nuts on a doepfer maq-16 ( they never made that mistake again ). bobo is possibly the most prototypical p-909 tracks ever: it took three guys making their own tracks simultaneously almost ignoring what the others were doing but somehow mixing them into a flow to make this one, but it all comes together nicely in the end. its amazing that they never released it before. you ve enjoyed the wait, now enjoy your new prototype 909 while it still is new!
Techno
Acid
SCHMER012
Schmer Recordings
a1Dataflash
a2Anoisenyc
b1Hyperdrive (Berenecki Version)
b2Bobo
Last Copy!
12.99 EUR * 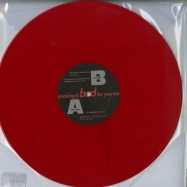 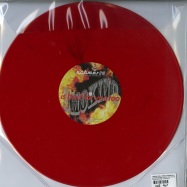 Various (Ciel, Hiroko Yamamura, Isabella, Experimental Housewife)
SMOKING IS BAD FOR YOU TOO (COLOURED VINYL)
coloured 12" Vinyl US 14.03.18
in 9 records and 22 years schmer has given you the same four dudes: prototype 909, dj rx-5 and bpmf. now is the time to unleash a new generation of schmers on an unprepared world and they are prepared to set the world on fire. coming out strong to whip us all into shape weve unleashed isabella and shell leave you spun out.
Techno
Electro
SCHMER010
Schmer Recordings
a1Isabella - Spun Out
a2Ciel - Bad Luck Comes In 3S (Lucky Version)
b1Hiroki Yamamura - Babyayez
b2Experimental Housewife - Free Ends
in stock
12.99 EUR * 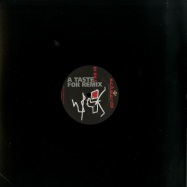 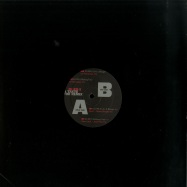 Pointsman, Tripmastaz, BPMF, Steve Stoll
DJ RX-5 - A TASTE FOR REMIX
12" Vinyl US 29.11.17
the remixs: pointsman  we dont know who he is but he provide a deep big room monster.
tripmastaz - probably the only funky russian you will ever meet. the only russian artist with releases on cocoon, minus, desolat, cadenza. the only russian artist with 4 vinyl labels. hes funky housey remix is the most faithful of the four.
bpmf  schmer label head provides a grimey and noisey big bottom soviet style jam.
steve stoll - nyc acid legend made a hard banging acid tracer.
in 1996 serotonin label heads selway and szostek went to moscow to perform at the invitation of &#1055,&#1058,&#1070,&#1063, magazine. synapse performed at the -waterclub- and met the legendary dj compass vrubell. they went to his -studio- where he had perfected the art of making entire tracks out patterns on the yamaha dx-5. szostek brought a dat of these jams back to nyc and schmer-003 dj rx-5 -a taste for crap- was released as a small run white label in 97. the run sold out and disappeared to be forgotten forever... until 2016 szostek casually mentions its existence to techno uber-nerd nina kraviz who just had to have it for her -fabric 91- cd. so dj rx-5 was back from the ash heap of history and schmer got a new release from him on schmer07. then schmer got the word out far and wide that they d like a remix ep for two of the originals: compass provided stems because like a miracle he still had the patterns after 20 years. heeding the call were pointsman, tripmastaz, steve stoll and schmer s own bpmf. so this is what you get: -a taste for remix-. it will leave your lips wanting more, for sure!
Techno
Acid
SCHMER009
Schmer Recordings
a1Pointsman Remix
a2Tripmastaz Remix
b1BPMF - Soviet Boogie Remix
b2Steve Stoll Acid Train Remix
in stock
13.49 EUR * 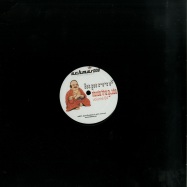 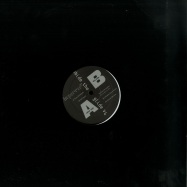 BPMF
ABIDE THE GLIDE VOL.4
12" Vinyl US 30.08.17
as bpmf started making techno again, he surveyed his techno friends asking them what it was about his music they found the most annoying. the answers? tr-606 hi-hats and portamento. he proceeded to focus on these aspects of his music and today the results are here: -abide the glide volume 4- wherein bpmf is pushing all the right buttons to get the dj thinking about the sounds their pumpin. jamie morris provides an excellent dj freindly remix of -even straighter-, taking bpmf s idea and going even straighter.
Techno
SCHMER008
Schmer Recordings
a1Even Straighter
a2Alt Slacks
b1Jamie Morris Mix - Even Straighter
b2Old Man Raver Pants
b3Eternal Nirvana
in stock
13.49 EUR * 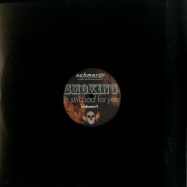 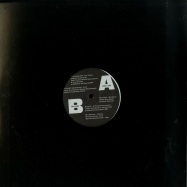 Various - Prototype909, Dietrich Schoenemann, DJ RX5, BPMF
SMOKING IS STILL BAD FOR YOU VOLUME 1
12" Vinyl US 19.04.17
schmer-007 smoking is still bad for you volume 1 is here and contains old school and new cool tracks from all the original schmer culprits plus some loops from our new friends. dietrich schoenemann and prototype 909 dug their tracks out of their vast archives of unreleased originals. dj rx-5 and bpmf delivered some hot new schmers to get us moving again. for the last 20 years weve all been tormented by the great issues facing mankind and most vexing among them of course was when will the next schmer record finally come out? i am happy to say that the answer, my record distributing friend, is now! prototype 909 demands that you ( redacted ) the volume! a track recorded in 1997 and finally getting released for the first time here. prototype 909 was a group from new york that made techno in the 90s. since then, the three members of this group all went on to do things. #truefacts dietrich schoenemann has been so busy being one of the last men cutting all the records in the world that he hasnt had time to organize his catalog of unreleased gems. i distracted him with the old look over there trick and stole 8 feet from him while he wasn t looking. (hopefully he didn t recognize it while he was mastering it) the last schmer vinyl was dj rx-5 a taste for crap ep from the then moscow based very underground dj compass vrubell. nina kraviz thought it was so crappy she put a track from it on fabric 91: nina kraviz, so i asked alexey to make some more crap. he did it his shway and this is the result. ( ps he still has all the patterns for the rx-5 from the original release so remaster, remixes and rereleases are in schmer s future, huzzah!) bpmf the original schmer artist had nothing better to do so he kommt back and gave us this track. we love to torture the engineer so we just had to include some loops: rhizome is the alter-ego of moscow wunderkind nikita zabelin. philly based hero/victim has been victimizing soundsystems up and down the east coast with his mad live performances. the wise caucasian is a pseudonym for some super famous london based producer and label owner, or at least thats what he claimed when i picked up his bar tab.
Techno
SCHMER007
Schmer Recordings
a1P909 - The Volume
a2Dietrich Schoenemann - 8Feet
b1DJ RX-5 - My shway
b2BPMF - Der Schmermann kommt
in stock
13.49 EUR * 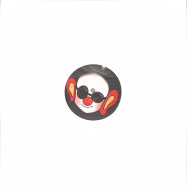 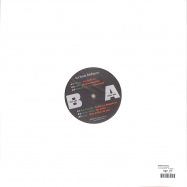 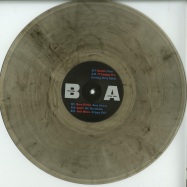 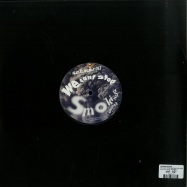