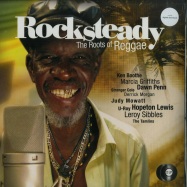 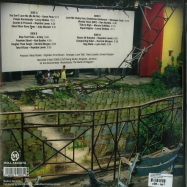 Various Artists
THE ROOTS OF REGGAE (2017 REMASTER) (2X12 INCH LP+MP3)
2x12" Vinyl+mp3 D 18.05.17
brand new 2017 recut finally available on vinyl for the first time. 2xlp+mp3 in full original coverart. the legendary movie soundstrack based out of kingston, jamaica in april 2008, telling the story of the original vocalists and musicians involved. the sixteenth release on the moll-selekta label shares its title with a wonderful film, a heartwarming homage to the golden age of rocksteady. it documents the recordings being made for this very album at the tuff gong studios, kingston, jamaica in april 2008, telling the story of the original vocalists and musicians involved. excerpts from an all star reunion concert staged in kingston and older archive material complete the picture. never before in the history of jamaica, which already occupies a unique place on the world map of song, its sound embraced by western popular music, has such an illustrious collection of singers and players been assembled. the album showcases 15 rocksteady classics in sparkling, deeply inspired new versions, recorded in the studio which also played host to album sessions of a certain bob marley. under the musical direction of ernest ranglin, a guitarist of considerable renown not only on the reggae circuit, but also on the jazz scene, mixed by legendary engineer errol brown in duke reids employ at the treasure isle studio in the sixties - and freshly arranged by lynn taitt
Reggae / Dancehall
MOLL16LP
Moll-Selekta 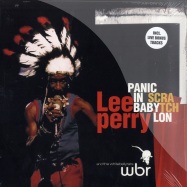 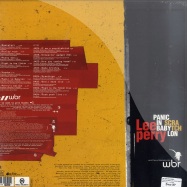 Lee Scratch Perry
PANIC IN BABYLON (2X12 INCH LP)
2x12" Vinyl lp US 12.08.10
we are now part of the lee perry universe and very proud to announce the release of the double-vinyl of this great album with the freshest and strongest performance of the mighty upsetter in years! as one of the most innovative legends in the history of reggae music, lee perry presents his new dub poetry project. supported by the white belly rats, a new dub combo who composed the musical landscape, mr perry, always as upsetting, offers us powerful dub songs essentially inspired by his spiritual journey and the critical world situation.
double-lp-edition in gatefold cover, including two additional live-tracks.
Reggae / Dancehall
Dub Techno
moll12lp
Moll-Selekta
Rastafari
Purity Rock
Pussy Man
Fight to the Finish
Voodoo
Panic in Babylon
Perrys Ballad
I am a psychiatrist
Inspector Gadjet 2004
Are you coming home?
Baby Krishna
Greetings
Devil dead - live
Fight to the finish - live
Push push - live
out of stock
16.46 EUR * 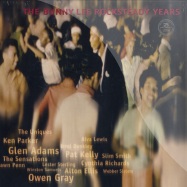 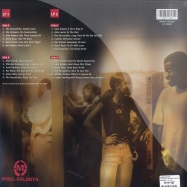 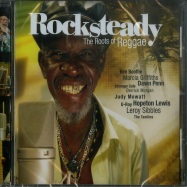 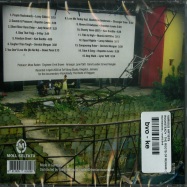 Various Artists
ROCKSTEADY - THE ROOTS OF REGGAE (CD)
cd D 09.06.10
the sixteenth release on the moll-selekta label shares its title with a wonderful film, a heartwarming homage to the golden age of rocksteady. it documents the recordings being made for this very album at the tuff gong studios, kingston, jamaica in april 2008, telling the story of the original vocalists and musicians involved.
Reggae / Dancehall
moll16cd
Moll-Selekta 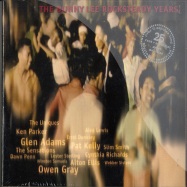 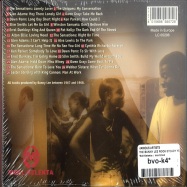 Various Artists
THE BUNNY LEE ROCK STEADY YEARS (CD)
cd D 09.06.10
many reggae aficionados see the concentrated phase of rock steady between 1967 - 1969 as the carribeans most productive era of all time. never before had such sweet melodies, inspiring rhythms and beautiful love lyrics come together. numerous soul hits by the likes of curtis mayfield, the impressions, the supremes all got the bass-driven, jamaican style treatment.
Reggae / Dancehall
moll13cd
Moll-Selekta
The Sensations - Lonely Lover
The Uniques - My Conversation
Owen Gray - Take me back
Dawn Penn - Long day short night
Ken PArker - how could I
Slim Smith - Let me go girl
Winston Samuels - Dont believe him
Errol Dunkley - King and Queen
Pat Kelly - The dark end of the street
Alton Ellis - Loving mood
The Sensations - Right on time
Glen Adams - I cant help it
Alva Lewis - In the Park
The Sensations - Long time me no see you girl
Last Copy!
14.61 EUR * 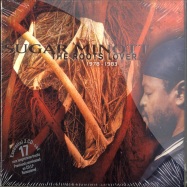 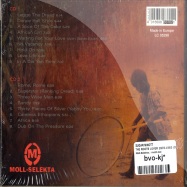 Sugar Minott
THE ROOTS LOVER 1978-1983 (CD)
cd D 09.06.10
the fourteenth release by moll-selekta is an essential compilation of rare, previously on cd/lp unreleased roots-, lovers,- and dj-tracks by one of the most important artists of jamaica. lincoln sugar minott played a major role in the history of jamaican music as a singer, songwriter, producer, label owner and sound system instigator. his debut album live loving can lay claim to being the first dancehall release ever.
Blues
moll14cd
Moll-Selekta
Leggo The Dread
Dance hall Style
A slice of the cake
African Girl
Waiting for your love
No Vacancy
Hold on
Love Life
In a dis yah time
Last Copy!
14.61 EUR * 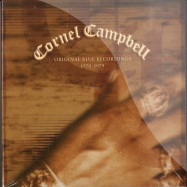 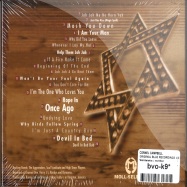 Cornel Campbell
ORIGINAL BLUE RECORDINGS 1970-1979 (CD)
cd D 09.06.10
for more than four decades, cornel campbell has added jewel after jewl to the crown of jamaican musical history, songs that can be heard in any good dancehall today, whether they come out of reggae, r&b or ska. top of the list, the hits queen of the minstrels and stars, recorded for clement coxsone dodd at the legendary studio one with the eternals.
Reggae / Dancehall
moll5cd
Moll-Selekta
Jah Jah Me no Horn Yah
Just one Kiss
Mash you down
I am your man
Why did you leave
Where ever I lay my hat
Help them Jah jah
If a fire make it come
Beginning of the end
Jah Jah a go beat them
Wont be your fool again
you dont care for me
Im the one who loves you
Rope in
Once ago
out of stock
11.69 EUR * 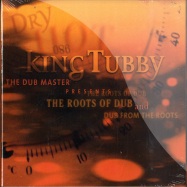 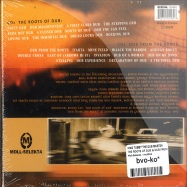 King Tubby The Dub Master
THE ROOTS OF DUB & DUB FROM THE ROOTS (C)
cd D 09.06.10
it is still not cleared amongst the experts which dub-album of three contenders came out first. fact is, that king tubby played a major role in the making of the probable first work, lee perrys epochal blackboard jungle dub from 1973. the two essential dub-albums of our new edition also belong to that early and revolutionary dub-phase: the roots of dub, the first whole dub-album by king tubby, was originally released in late 1974, dub from the roots only half a year later in early 1975. these two albums represent more than any later release the great pioneer collaboration between king tubby (engineer/mixer) and bunny lee (producer), who brought hundreds of songs round to king tubbys studio.
Dub-Rootz
Dub Techno
Blues
moll8cd
Moll-Selekta
Natty Dub
Dub Magnificient
A fist class dub
the stepping dub
Rude boy dub
a closer dub
Roots of dub
dub you can feel
Loving dub
The immortal dub
dread locks dub
Rocking dub
out of stock
14.61 EUR *
Related Artists:
Cornel Campbell King Tubby The Dub Master Lee Scratch Perry Sugar Minott Various Artists
* All prices are including 16% VAT excl. shipping costs.