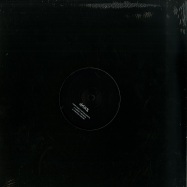 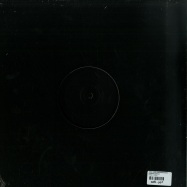 Jamie Jones & Nathan Barato
CHERRYS REVENGE
12" UK 25.07.17
hottrax boss jamie jones teams up with nathan barato for a pair of killer cuts entitled cherrys revenge. nathan barato has been a staple on jamie jones hot creations imprint and paradise events ever since gracing both of them in 2014. reflecting on recent releases via saved records and cajual, the toronto native has continued rolling out releases in fine form, and his global gig schedule reflects his candescent reputation. on the other hand, jamie jones has been helming his multiple successful labels when not releasing on kerri chandlers kaoz theory and duskys 17 steps, continuing to cement his name as one of the worlds most illustrious djs, producers and label owners. composed of intricate percussion and sporadic synth stabs, cherrys revenge sees jones and barato in fine form. the dancefloor focused roller blends rumbling bass and robust snares with chopped vox samples and whirling police sirens, forming a production destined to inject life into any situation. on the flip, cheating chester samples a sunset boulevard working girl discovering the cheating exploits of her pimp boyfriend and mashes it with mesmerising effects, tight hats, a purring baseline and distorted synths.
Techhouse
Techno
HXT015
Hottrax
a1Jamie Jones & Nathan Barato - Cherry's Revenge
b1Jamie Jones & Nathan Barato - Cheating Chester
out of stock
7.61 EUR * 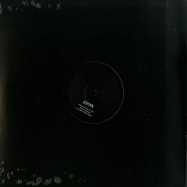 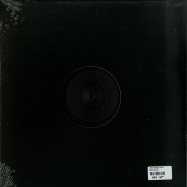 Cera Alba feat. Zahra
TAKING OVER ME
12" UK 20.06.17
london-based producer cera alba pairs up with vocalist zahra for a pair of tough tracks on jamie jones hottrax this june featuring a remix from stockholms tiger stripes. since his humble beginnings several years ago the newcastle-born artist has cemented a reputation for consistency, with releases appearing on the likes of hot creations, moon harbour, viva music, avotre, madtech and gruuv. as a dj hes been making regular appearances across europe, including venues such as watergate berlin, sankeys ibiza, brixton academy london, not to mention festivals such as hideout. taking over me is a dark and moody roller from the get-go. robust drums and mesmerizing atmospherics form its basis whilst zahras soulful vocals and a cavernous low-end rumbles throughout to its rhythm as a piercing vocal and metallic elements ebb in and out of the mix. tiger stripes then provides a crunchy remix of taking over me, distorting zahras vocals whilst incorporating tantalizing synths into his own stomping rendition.
Techno
HXT014
Hottrax
a1Cera Alba feat Zahra - Taking Over Me
b1Cera Alba feat Zahra - Taking Over Me (Tiger Stripes Remix)
b2Cera Alba - Pablo
out of stock
7.61 EUR * 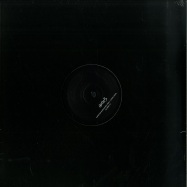 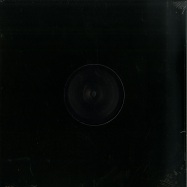 Christian Burkhardt, Chris Wood & Meat
CLOSER 2 U
12" UK 23.05.17
german producer christian burkhardt teams up with fellow countrymen chris wood & meat for a three-track release on jamie jones hottrax this may. burkhardt has been flying the flag for minimalist electronic music for a decade now, releasing on labels such as cocoon, oslo and pressure traxx. likewise, freebase records founders meat + chris wood have been purveying deep and minimal cuts individually since the 00s, joining forces in 2009 before releasing on labels like desolat, housewax and tiefschwarz souvenir. between the three of them theyve continually garnered support from the upper echelons of house and techno, making regular appearances in the sets of names like ricardo villalobos, sven väth, seth troxler and jamie jones. intricate percussion and a compelling bassline make up the foundation of closer 2 u as an echoing vocal and tense strings operate throughout. meanwhile, plain is a more downtempo cut in comparison with its dusky atmospherics and distorted spoken word samples that subtly permeate throughout the mix. on the flip, trumpad is deep and dubby whilst integrating trippy synths and mesmerizing effects for a rhythmic conclusion.
Techhouse
Minimal
House
HXT013
Hottrax
a1Closer 2U
a2Plain
b1Trumpad
out of stock
7.61 EUR * 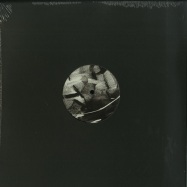 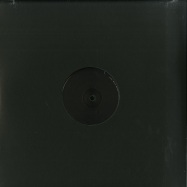 Me & Her
WILD RAGE (DJ BONE, DENSE & PIKA REMIXES)
12" UK 19.04.17
swiss duo me & her join the hottrax roster with a robust release featuring british duo dense & pika and detroits dj bone on remix duties. with recent appearances on deeperfect, natura viva and clarisse records, the rising duo has quickly cemented a reputation as ones to watch since making their production debut back in 2014. joining them on the release is dense & pika, who have been taking the world by storm whilst releasing on leading labels such as adam beyers drumcode, scubas hotflush, not to mention renowned uk imprint hypercolour. meanwhile, dj bone needs little introduction having paved the way for quality techno for over two decades including running his renowned subject detroit imprint. sturdy kicks and intricate effects drive wild rage forward before introducing metallic snares and animated melodies. on the other hand, thunderstruck is a dusky production composed of heady stabs and echoing elements that together generate a compelling groove. dense & pikas shuffling remix of wild rage shines a spotlight on a tantalizing synth as eerie nuances operate throughout, before dj bone concludes the package with a trippy and percussive reinterpretation of his own.
Techno
Techhouse
HXT012
Hottrax
a1Wild Rage - Original Mix
a2Dense & Pika Remix - Wild Rage
b1DJ Bone Remix - Wild Rage
out of stock
7.61 EUR * 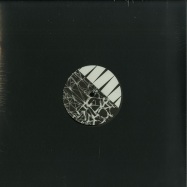 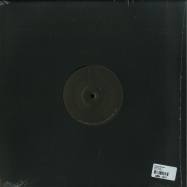 Richie Steedman
STITCHER EP
12" UK 23.11.16
motion (newcastle) co-founder and resident richie steedman makes his debut on jamie jones hottrax imprint with three groove-centered productions this november. a key component in the north of englands electronic music scene, steedman has had a deep-rooted passion for house and techno since becoming au fait with a pair of turntables at merely 12 years old. since then the british dj launched newcastles motion event series back in 2010, where hes a resident alongside fellow hottrax producer patrick topping. he now joins a roster spanning the likes of yousef, harry romero, waff, mat.joe and more. echoing chopped vocals, crunchy percussion and a meandering bassline form the basis of stitcher before undulating drums join a medley of squelches, pops and whirrs in chance it. concluding the package, slip incorporates infectious open hi-hats and a stuttering vox for a moody and mesmerising finale.
Techno
Techhouse
HXT011
Hottrax
a1Stitcher
b1Chance It
b2Slip
out of stock
2.41 EUR *
8.02 EUR
70% Discount 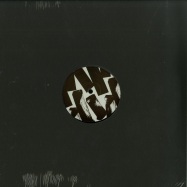 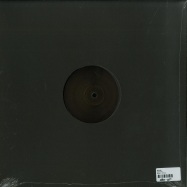 Butane
ADDICTED
12" UK 28.10.16
san francisco-based butane makes his debut on jamie jones hottrax with three hypnotizing productions this october. founder of alphahouse and little helpers, andrew rasse aka butane has been building a solid reputation as a respectable dj, producer and label owner for over a decade now. when not releasing his low-slung dancefloor focused cuts on his own imprints the multifaceted american has made appearances on sci+tec, crosstown rebels and moan. he now appears on hottrax joining a roster spanning waff, patrick topping, mat.joe, bunte bummler, raumakustik, dms12 and jamie himself. a gentle thud initiates addicted, making way for a throbbing synth that warps and distorts throughout the mix whilst a fuzzy bassline operates beneath it. lock and key focuses on intricate percussion whilst dusky atmospherics and a medley of nuances are introduced throughout before shark attack concludes the package with a rumbling low-end and compelling groove.
Techhouse
Minimal
Techno
HXT010
Hottrax
a1Addicted
a2Lock And Key
b1Shark Attack
out of stock
7.77 EUR * 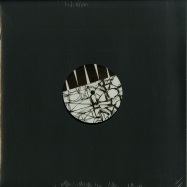 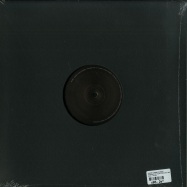 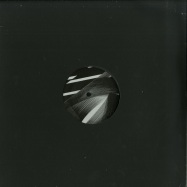 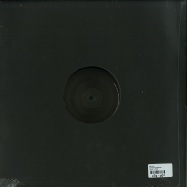 Mat.Joe
NONSTOP NONSENSE
12" UK 27.07.16
originally from hannover, mat.joe are up next on hot trax with a release that is straight up raw techno at its best. german production duo delivers two killer new tracks for a great hottrax double-header. nonstop nonsense is a massive barnstormer of a track, thats been massive for jamie jones its a bit of a beast! dat cream is a refreshing bass driven rib rattler of a track grabbing you by the scruff of the neck and shaking you senseless. joining forces to create a formidable duo are best friends matze and johannes. after bonding over a mutual love for hip-hop, breakdance and skateboarding they soon started to produce music together. having previously released on defected, snatch! gruuv and off recordings among others this release is their debut on the grittier hot trax imprint.
House
HXT008
Hottrax
a1Nonstop Nonsense
b1Dat Cream
out of stock
6.71 EUR * 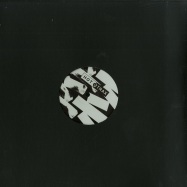 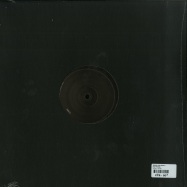 DMS12 (The Model)
ENO MINIMAL
12" UK 11.05.16
following a year hiatus, hottrax returns to make serious impact with eno minimal from u.s. native dms12. veteran techno producer the model is also onboard to remix delivering a high energy cut of futuristic electronica. label boss jamie jones rediscovered the original track explaining i had it in a playlist in 2015 for ages and finally dropped it in my all night long session with seth troxler at the warehouse project. the place went crazy and seth asked me what the f..k is this? ive since played it on some huge stages and its insane, no matter where i am it grabs people and slaps them into space. dms12 is a dj and producer from new york. the model is a dj and producer from romania, founder and owner of the label adult central
Techno
HXT007
Hottrax
a1Eno Minimal
b1Eno Minimal (The Model Remix)
out of stock
0.81 EUR *
4.06 EUR
80% Discount 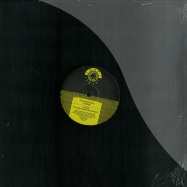 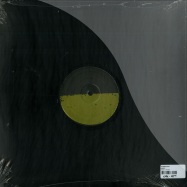 Raumakustik
RAIDER
12" UK 10.03.15
the first release of the year from hot trax comes from the german duo raumakustik, with jamie jones on remix duty. having had recent releases on a grain audio, ipoly & mangue records, raider is their debut on the hot creations subsidiary.
Techhouse
HXT006
Hottrax
a1Raider - Original
b1Jamie Jones Remix - Raider
out of stock
8.18 EUR * 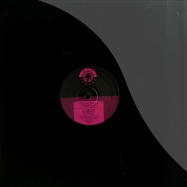 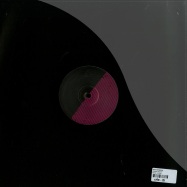 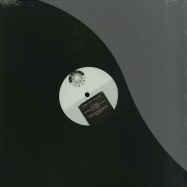 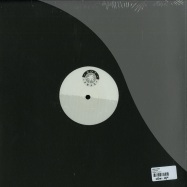 Jamie Jones
CHANGES
12" UK 30.09.14
limited 2014 repress !!
jamie jones launches his new subsidiary label of hot creations, hottrax with a three track ep of upfront dance floor business. the label will be dedicated to a more underground dance floor orientated aesthetic, only for the headstrong!
Techhouse
HXT001
Hottrax
Changes
Road To The Studio (Fly Mix)
No Rush
out of stock
8.18 EUR * 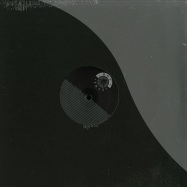 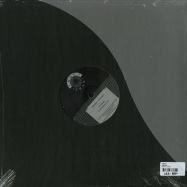 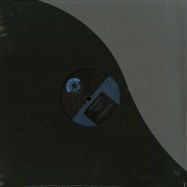 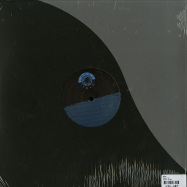 WAFF
PUKE IT UP
12" UK 27.08.13
inviting waff to play a couple of paradise gigs last year, jamie jones and co. are holding on to their wonderboy making him a resident at the night this season as well as bagging these essential new cuts for hot trax.
House
HXT004
Hottrax
Puke It Up
Love
out of stock
7.36 EUR * 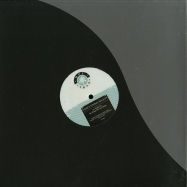 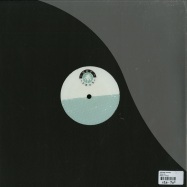