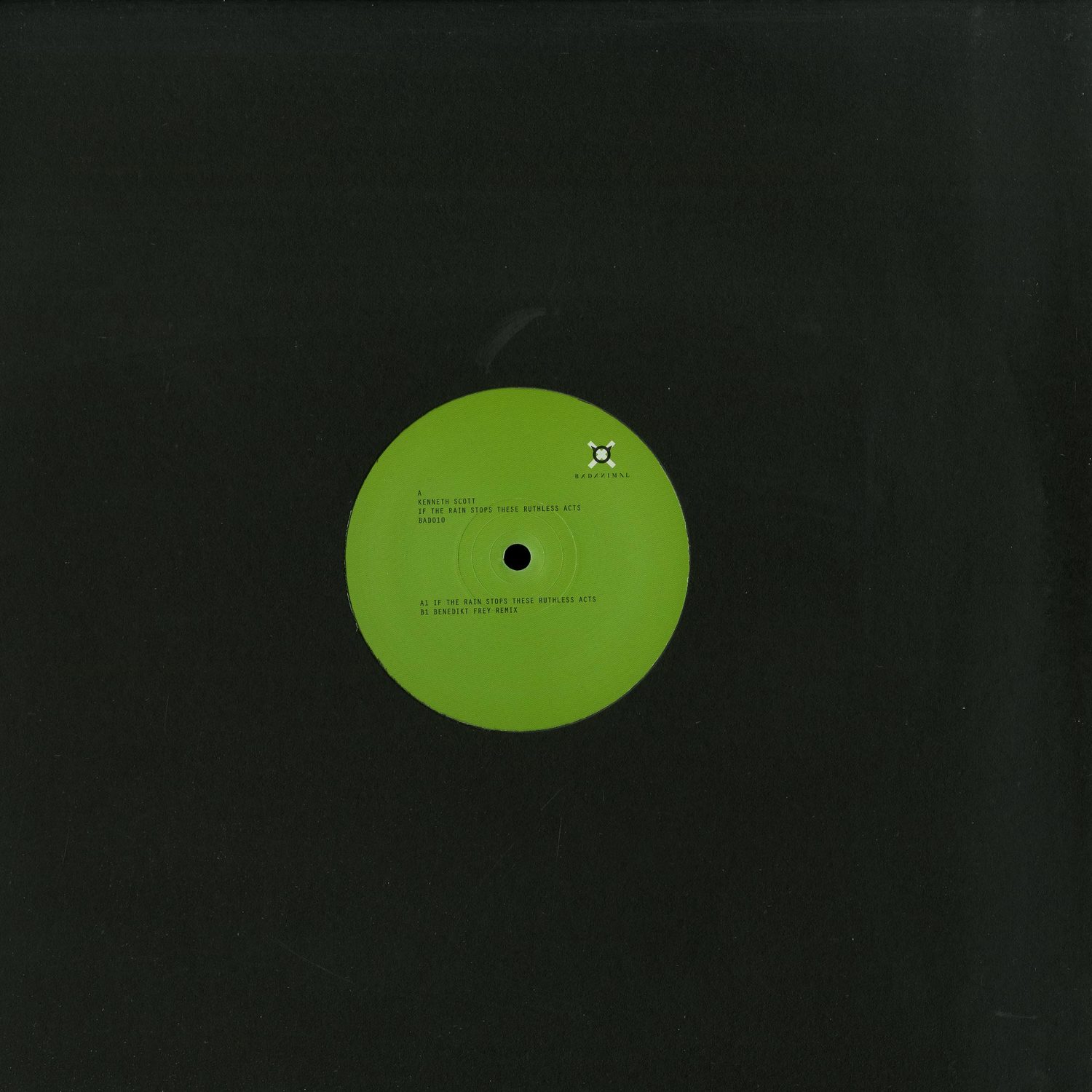 IF THE RAIN STOPS THESE RUTHLESS ACTS (BENEDIKT FREY REMIX) 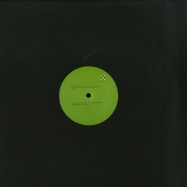 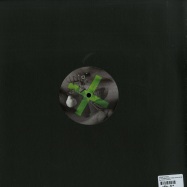 Bad Animal Animal is a label devoted to underground House and Techno with an approach that welcomes experimentation but never loses sight of the dancefloor. Set up by Alland Byallo and Kenneth Scott it has already released music from influential producers including Smash TV, Xosar, Mosca, dOP and Varoslav along with many others. Now on its tenth release, label boss Kenneth Scott Scott marks his second appearance on the label with this new EP consisting of two tracks. One original track entitled If The Rain Stops These Ruthless Acts plus a remix from Benedikt Frey.

Currently based in Berlin, Kenneth Scott is originally from Iowa in the United States, but also spent a lot of time in San Francisco where he cut his teeth as a club promoter and took his first steps towards a career in music.

Also making up one half of the production duo Moniker, Kenneth has a back catalogue of releases on labels that include Circus Company, Mo's Ferry Productions, Igloo-Rec, Thoughtless Music and is widely considered as one of the industry's most exciting up and coming producers.

German based Benedikt Frey is an established producer who boasts an impressive back catalogue of releases on labels including Live At Robert Johnson, Hivern Discs and Mule Electronic to name just a few.

Listing some of his main influences as Jazz, Krautrock and music with a stripped back sound, he has developed his own distinct sound and his remix on this release is a fine example of why Benedikt is held in such high regard by many of the world's top DJ's.

Track one on the release is Kenneth's original track which opens with the sound of a 606 drum machine. Fast flowing metallic hi-hats fill the track with energy, whilst a low pitched Moog combined with tom drums provide the bass line.

Deep and mysterious, the track has dream like qualities lead by the looped melody of the lead synth pad.

Epic in every sence of the word, it's a slow building masterpiece full of intricacy and genre crossing appeal suited to both House and Techno sets.

The Benedikt Frey remix keeps the originals sense of epic wonder, but with the help of his own break beat 1 / 8
drum rhythm, things go down a slightly darker path.

Replacing the looped notation of the originals lead sound with textured synth parts washed in reverb, he creates further depths and atmosphere. As the structure develops the parts strip back and the pads disperse, whilst the intensity builds.

Slowly reintroduced, the now pulsating pads help bring the track to its crescendo and this work of art is brought to a close in fine style. [info from pd]