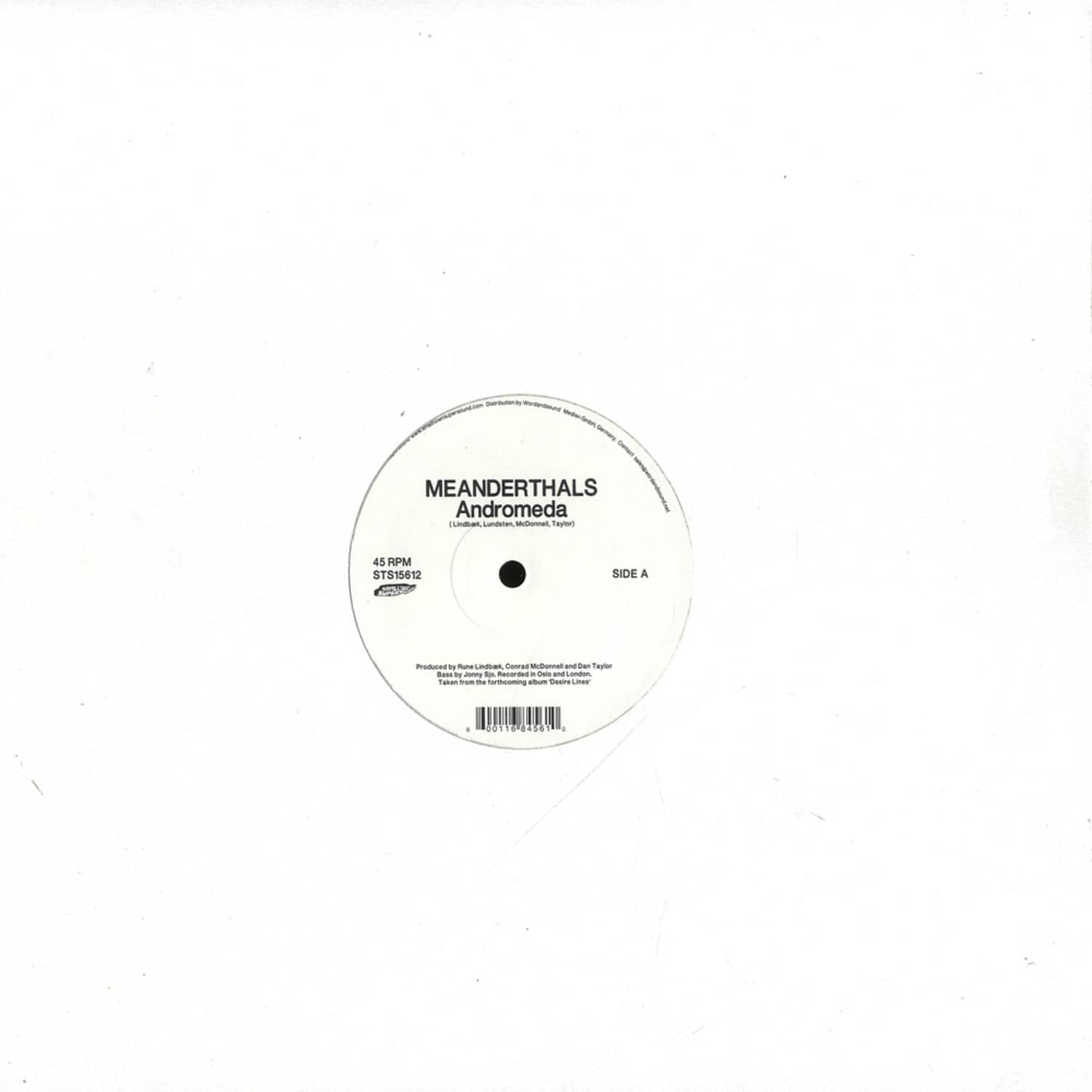 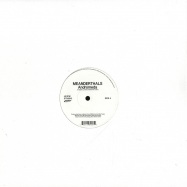 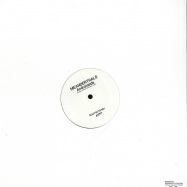 London s Idjut Boys (Dan Tyler & Conrad McConnell) and Rune Lindbaek of Oslo are Meanderthals. As longtime friends and fans of each others music they have discussed the idea of working together in a musical context for years and in 2008, they finally began to make those ideas a reality. Throughout the year they traveled back and forth between Oslo and London to create their debut album, Desire Lines. The album is due the 11th of May. But before that, this 12″,,, taster of the Andromeda (album track) as well as a Idjut Boys Remix) A meanderthal is a theory by Matthew Tiessen about a human that is always in the way of others. Whether it be the person on the wrong side of the escalator, the person walking slowly, the person bicycling on the pavement, it is essentially the person that stops the flow of urban daily life. On the contrary, Lindbaek, Tyler and McConnell s definition does not see this person as a threat, but as a person that is completely in his own world  a slacker, musically on his own. This could also be a good description of Lindbaek and the two Idjut Boys. Meanderthals serves mellow balearic disco. A warm and dreamy blend of dub, folk, prog, kraut, psychedelia and 70s west-coast combined to invent an organic, slanted, and proggy feel. Recorded live, the album features contributions from good friends, including Pete Z (DJ Harvey) on keyboards, Des Morgan (YamWho?) on drums and percussion, Malcolm Jospeh (Grace Jones) on bass, Per Martinsen (aka Mental Overdrive) on percussion and Raj Gupta (Laj & Quakerman) as sound engineer