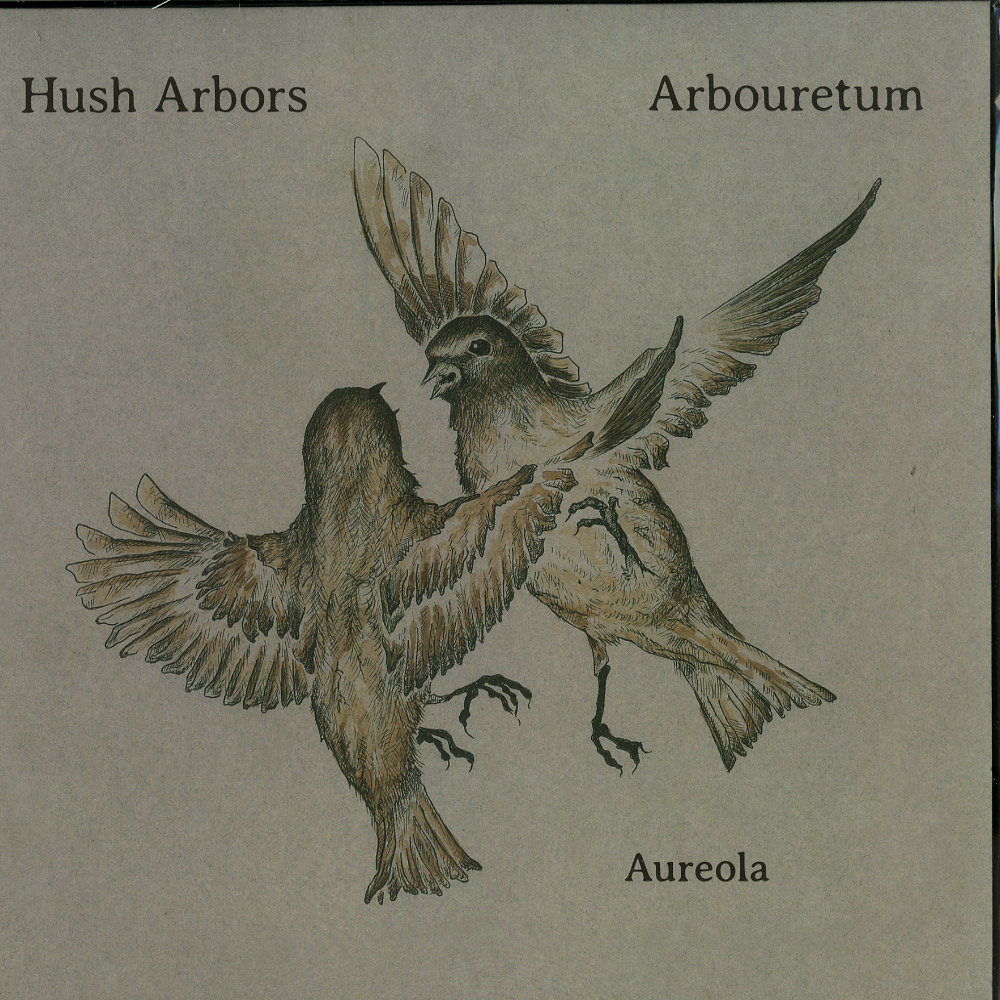 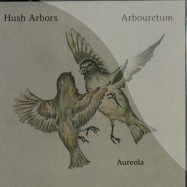 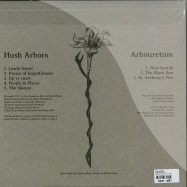 Hush Arbors and Arbouretum have each been exploring for years now the intersection of progressive folk and psychedelic rock, albeit filtered through their own distinct sounds. It was only a matter of time before their paths would cross. Keith Wood and Dave Heumann met at a show in Baltimore and discovered their mutual appreciation for each others music. The two bands planned a joint European tour, and recorded Aureola to further showcase and celebrate their complimentary sounds.

Keith Wood (the man behind Hush Arbors), "has a poet's soul and a drifter's mentality. Better than most, he understands the similarities between Ted Berrigan and The Byrds," says friend Matt Krefting. "He's put the hours in playing with Six Organs of Admittance, Sunburned Hand of the Man, Current 93, and Thurston Moore, and is equally at home in the wilds of improvisation as he is with the vast possibilities of song form. As adept as he is at playing with others, Hush Arbors is all his, and it's what he does best. His records for Ecstatic Peace, Hush Arbors and Yankee Reality, demonstrate Keith's extraordinary capacity to mold songs of haunting beauty and sweetness, songs that make sense around the fireplace or on the open road. These new songs continue that trajectory and intensify the emotional gravitas of his previous work. They are like a re-awaking, a groggy hello to a forgotten world, or a blissful hangover full of melancholy love and beautiful promise."

Dave Heumann's allegorical and metaphorical lyrics for Arbouretum ride gently atop his fuzzed-out guitar solos, pushing them ever higher into the stratosphere, and lending his songs an emotional weight uncommon in "heavy rock" music. The band also continues to push forward, experimenting with improvisation to capture a more immediate feel that reflects their ever-changing live performances. Arbouretum perfectly exemplify a band that exists in a dual state. They are both loose and rhythmic, channeling the Velvet Underground's repetitive grooves, but also technically precise and expansive. Folk ballads and acid-guitar psychedelia in perfect harmony. It's music that can be played on an acoustic guitar or pushed through a distortion pedal and a stack of amps. The new tracks on Aureola serve as both the next step in Arbouretum's evolution and a glimpse of what's to come on their next full-length due out in the Fall of 2012. [info from tj]