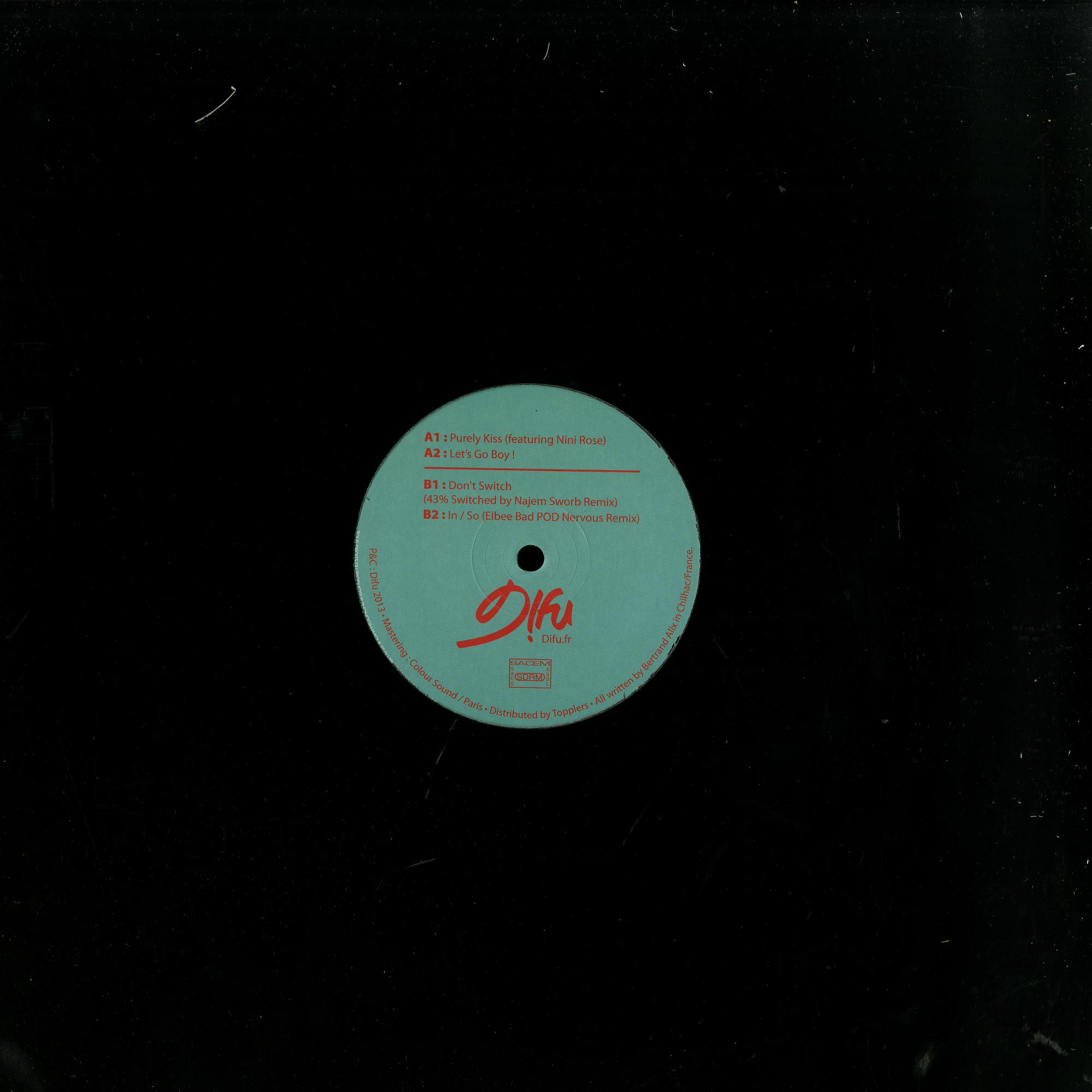 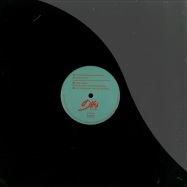 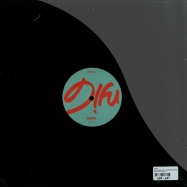 This is the 13th label D!fus release, just after the Terence Parkers Finally EP pressed on wax too. Eedio was the first french artist signed on legendary Bpitch Control label during 2000s. Many releases after that and a remix for Agoria (Kofea (Eedio Speaking Remix) alongside the Sky Is Clear (Michael Mayer Remix)), EEDIO was on D!fus early hours with his Elation (to Feel) Ep / D!fu 002 in 2007. Now it is time to maturity with a new Ep called 43, including two very well known remixers, announcing a new LP to come in December.

A01-Purely Kiss
A slow disco pop bass track with the beautifull Nini Rose's vocal. Eedio is a Depeche Mode's lover and you can feel it here.

B02-EEDIO-IN SO! Elbee Bad POD Nervous remix
Elbee Bad is a legendary New-York's producer recently re-edited on Rush Hour. Before is next Ep on D!fu in November, Elbee, Prince of Dance Music, signed here a sexy and mental dj tool track. He told us you that this track is like to meet a woman in the street, start to talk with a her and go on and on like this until you make love to her .. this is Elbee Bad! [info from to]