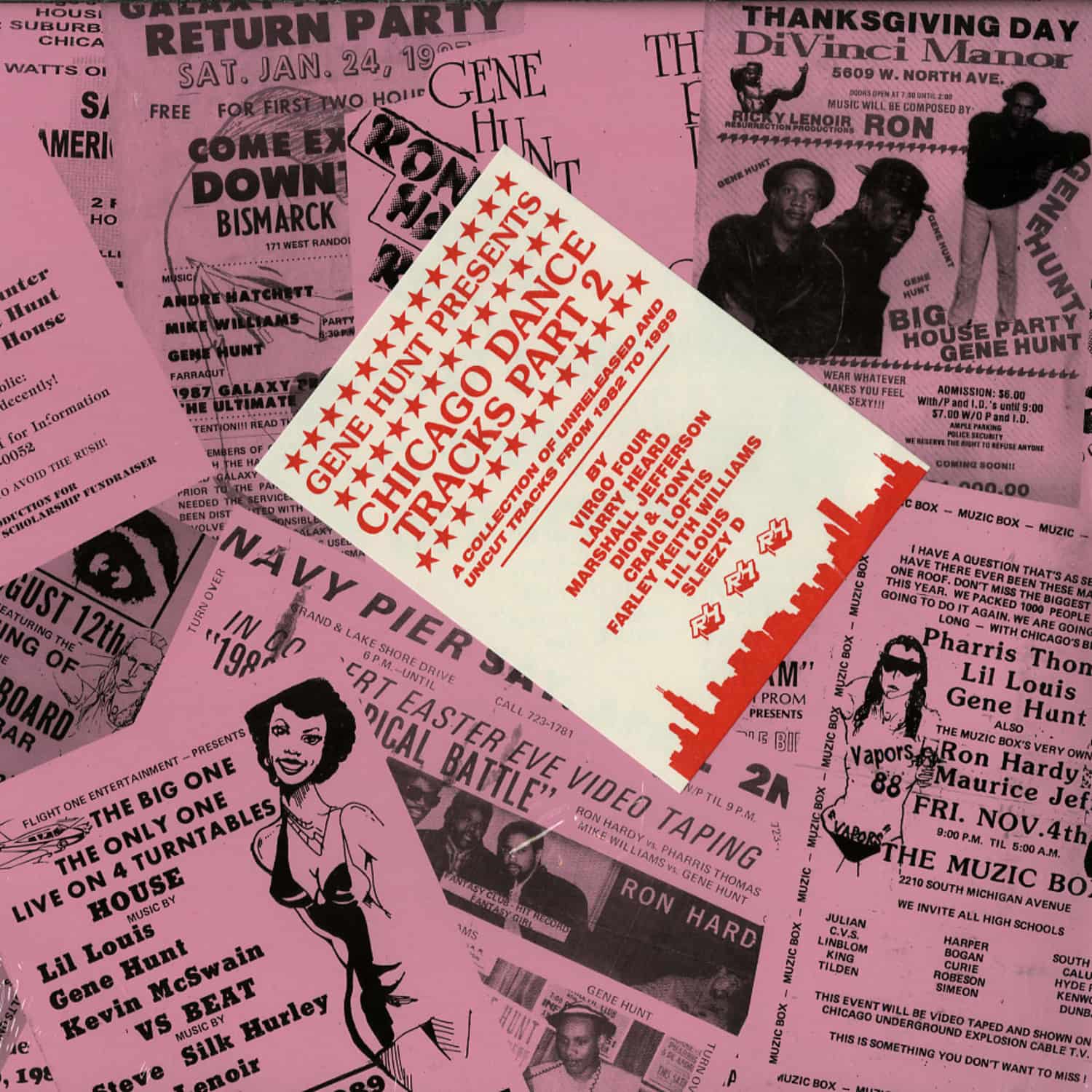 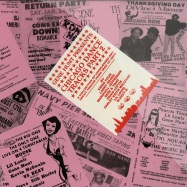 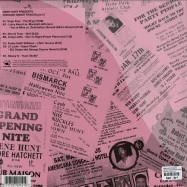 Part 2! Gene Hunt shares his ancient treasures with us ... up to now this stuff resided only on reels! Featuring a truly all-star line-up! Rush Hour continues to unearth never released Chicago house classics from the eighties, also known as the golden era of house music. The vinyl release hold seven tracks, all presented in their original length and includes one vinyl only bonus track, Virgo & Adonis >Trust<. All tracks have been restored and remastered from the original, first generation reel-to-reel tapes. The artwork shows original Chicago flyers. Comes with insert with artist interviews, Gene Hunt interview by Jackmaster Farley and original photos from back in the day!

This time we team up with Gene Hunt, who started out dj'ing in 1986 at the tender age of 14. Gene soon became a key DJ in the local scene due to the many gigs he did at legendary hotel parties, like Bismarck, La Mirage, Sauers, Da Vinci Manor, AKA and the Riviera. He was also a resident at the the Hyatt Park Athletic Club, where he dj'ed alongside Ron Hardy. Gene gradually became Ron's protégé. Ron passed on his musical knowledge onto the youngster and the pair started recording music together as well.

While being on the scene, many local producers gave Gene reel-to-reel tapes of their new productions for Gene to play out in the clubs. Many of these were never released and most producers lost their own tracks over time. Luckily, Gene had stores all his copies like a librarian and now, 25 years (or more!) later, the time has finally come to share this great music with the rest of the world.

The tracks included here are all rough, uncut versions, oftentimes home made drum computer jams, which never made it to final production at a professional studio. They represent early output of the artists involved, some tracks dating back as early as 1982-1983.

Part 2 includes unreleased tracks from Virgo Four, Craig Loftis, Farley Jack Master Funk, Virgo & Adonis and even a track by Dion, who later on went on to kick start Common's carreer and more recently has been Kanye West's sidekick. Also included are a rework of Lil Louis' Video Clash and a mash up of Marshall Jefferson and a Larry Heard track, which was a Music Box / Ron Hardy favorite. These were the tracks that people lost their minds to and danced off their asses to, hence 'Chicago Dance Tracks'. [rh115lp2_info from rh]