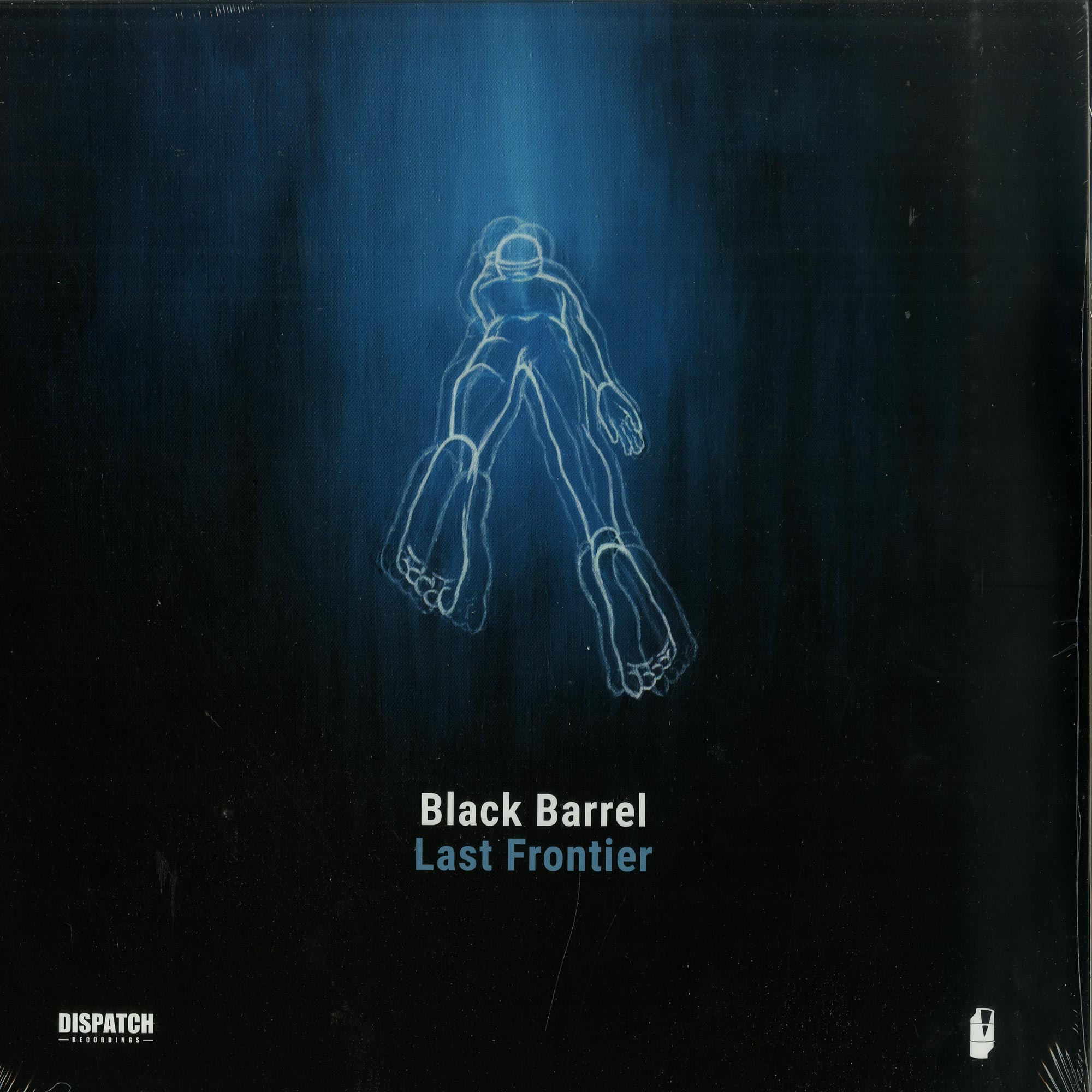 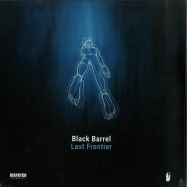 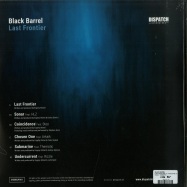 Russian drum & bass producer Black Barrel is one of the most sought after producers to come through the ranks in recent months. After his discovery by Ant TC1, a tastemaker whos founded the careers of many similarly talented artists, he was brought into the fold of Dispatch Recordings and has since dropped a plethora of heavy-hitting releases which have solidified his place within the genre. With support from many of the underground scenes pivotal heads, including Break, Radio 1s Rene LaVice and DLR, his widening back catalogue is finding itself within major clubs globally. Turquoise & black mixed double vinyl in full colour sleeve.

Following on from his 'Ghostdive' and 'Labyrinth' EPs on Dispatch Recordings, he returns with his debut 'Last Frontier' LP. The versatility and featuring artists given a platform throughout show Black Barrel's progression; the atmospherics and rolling breaks of 'Blue Sky' are your first introduction and it's a weighty one. Amongst the colossal fourteen track package, the vocal intricacies of Steo on 'Coincidence', alongside the LP's title-track 'Last Frontier' continue the high-reaching standards. 'Fallen', 'Moving Shadows' and 'Chosen One' with Arkaik follow in quick succession, whilst the clinking percussion of 'Sonar' featuring HLZ and the old-school reminisces of 'We're Falling' remain just as heavy hitting. Then Thematic jumps onboard alongside Black Barrel for 'Submarine' and long-time collaborator Nami joins the list of guests on 'Hydrophiinae'. 'Inside You' and 'I See the Light' are the final standalone tracks from Black Barrel; but Rizzle and Dissident prolong the assault with Black Barrel on slick cuts 'Undercurrent' and 'Flat Ocean'. For an artist whose output is difficult to match, not just in quality but also through the sheer volume of what is released, it's easy to imagine just how adept Black Barrel is amongst his studio tech.

Now being signed exclusively to Dispatch Recordings, Black Barrel is looking to capitalise on his ongoing success. For such a new artist, 'Last Frontier' is an outstanding feat, proving just how competitive the world of contemporary drum & bass is proving to be in 2018. [info from tv]