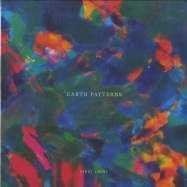 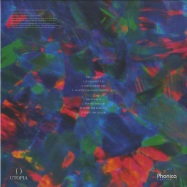 Earth Patterns
FIRST LIGHT (B-STOCK)
12" Vinyl UK 24.10.17
b-stock! cover with seam split. vinyl unaffected & mint. earth patterns is a new journey into sound by london based australian born musician ben davidson, best known for his disco tinged house singles as ben sun, that were championed by the likes of gerd janson and larry heard. the earth patterns concept presents a more expanded instrumental sound with live rhythm sequencing and synth work, sitting alongside vangelis katsoulis, lars bartkuhn and soichi terada on alex bradleys utopia records. davidson joins the dots between detroit by way of tokyo techno on sunflower to dream ii science deepness on horus rising and some worldly organic rhythms for a modernist and dare we say it utopian sound on after the rain. the analogue sound from his london studio comes through on the gentle and harmonic b-side opener transit pan perhaps the start of a journey beyond the dance floor for the producer. artwork and liner notes by davidson himself, all pressed by bespoke pressing plant the vinyl factory on heavyweight vinyl.
House
Cosmic
UTA006
Utopia Records
a1Sunflower
a2Horus Rising
a3Fourth Axis (Instrumental)
b1Transit Pan
b2After The Rain
b3Eight Circles
in stock
10.71 EUR * 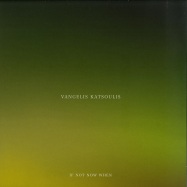 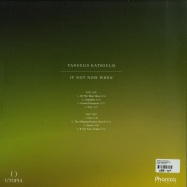 Vangelis Katsoulis
IF NOT NOW WHEN (LP)
12" Vinyl lp NL 02.03.17
the avant garde movement largely influenced katsoulis early compositions. after which, he turned to minimalism, applying elements of jazz and rock into that genre. since the 80s, the use of technology became gradually apparent in his compositions, whist not diminishing the importance of the human factor and the creative involvement of the performer.
Techno
Electro
Ambient
Experimental
UTA004
Utopia Records

All the Blue Skie
Liquidity
Grand Delusions
Noir
Tore
The Slipping Beauty Part II
Zarrin
If Not Now When
in stock
16.52 EUR * 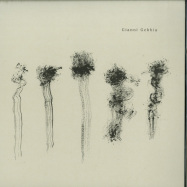 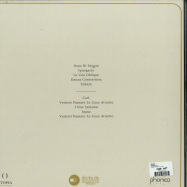 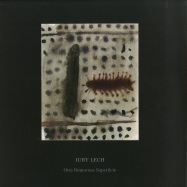 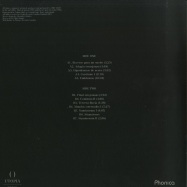 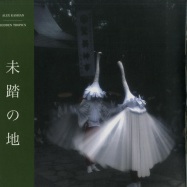 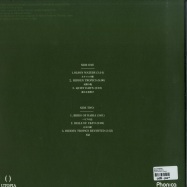 Alex Kassian
HIDDEN TROPICS
12" Vinyl UK 27.08.18
topia records uncovers the work of alex kassian the kyoto born berlin based producer and dj whose work as opal sunn and al kassian has been turning heads and shifting feet in recent times. over the last decade kassian hosted word of mouth dances in london and berlin where he gained a reputation as one of europe s most promising artists. kassian s recent output has been primarily composing scores for contemporary dance and theatre in berlin, an approach he brings here to this 6 track ep hidden tropics . kassian inspired by other utopia records artists such as lars bartkuhn and vangelis katsoulis delves deeper into his compositional scope for a sound that joins the dots between ambient, world music to spiritual house in parts inspired by his homeland of japan as heard on bells of ukyo and the 80 s sakamoto-esque olson waters . the title track is a breakthrough in contemporary house music, sure to be picked up on by the tastemakers from new york to johannesburg to berlin to amsterdam to tokyo and beyond. cover image of tsuwaono sagimai by makoto furukawa, shimane, japan.
Cosmic
House
UTA008
Utopia Records
a1Olsen Waters
a2Hidden Tropics
a3Quiet Dawn
b1Birds Of Bahia
b2Bells of Ukyo
b3Hidden Tropic Revisit
out of stock
11.69 EUR * 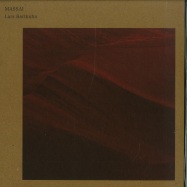 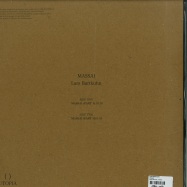 Lars Bartkuhn
MASSAI
12" Vinyl UK 08.05.17
multi instrumentalist and deep house master lars bartkuhn returns to utopia records following his nomad ep in april with a 10 minute masterpiece, an ode to the massai . an epic journey of such depth and positive spirit it perhaps deserves to render a genre all to itself. with its musicality, complex arrangement and phrasing massai is a timeless and personal statement from bartkuhn as he seeks the essence in what dance music can and possibly should be. as a young child growing up in frankfurt, bartkuhn penned his first pieces of music with a synthesizer and sequencer, bought for him by his parents upon realising their son s obsession with music. mastering the guitar as a teenager bartkuhn fell deeply in love with the music of pat metheny, keith jarrett and john coltrane and styles such as soul, funk, brasilian sounds, minimal, dance, and others which is heard in his music today. by the mid 90 s bartkuhn began to explore the deep and soulful side of house music and formed lamaya productions and the now legendary record label needs (not wants) together with his older brother marek bartkuhn and dj yannick. needs rapidly became a synonym for soulful, high quality music and while labeled a house music imprint it was lars input that lead the trio to explore alternative, and at the time unorthodox, musical influences that allowed for original textures and arrangements to be included in their productions. countless remix commissions followed and their sound travelled worldwide with works for francois kevorkian, jazztronik, ennio morricone, atjazz to name a few. to date bartkuhn has produced five solo albums all of which demonstrate a never ending creative flow of ideas and artistic diversity, complexity and passion. after some years away from the dance music scene, residing in brasil, lars decided to continue this journey on volcov s neroli records, followed by a 12- for alex bradley s phonica affiliated utopia records. the latter release, nomad has found its way into the sets of the likes of jeremy underground paris, hunee, antal, ron trent, rainer truby, bicep and mcde to name just a few. it s at this point that bartkuhn gives us massai...his self proclaimed finest work
Deep House
House
UTA005
Utopia Records
a1Massai (Full Experience)
b1Massai (Immersive Experience)
out of stock
11.65 EUR * 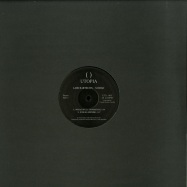 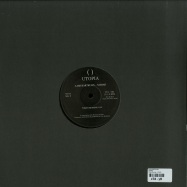 Lars Bartkuhn
NOMAD
12" Vinyl UK 07.03.17
ltd 2017 repress
following on from his return to dance orientated music on neroli records with the lush and endearing music for the golden age , multi album artist lars bartkuhn (sonar collective & needs) brings contrasting sides of his musical character for alex bradley s burgeoning utopia records, touching on detroit, jazz fusion and ambient. tokyo burning is a youthful and stripped back electronic club track harking back to the detroit house heyday of galaxy to galaxy and happy records but with a modernist approach and bartkuhn s unique musicality for what has all the hallmarks of a peak-time club classic. in contrast title track nomad brings the full spectrum of bartkuhn s musical range with a more organic and rhythmic dance composition. a fusion of afro percussion, his own emotive vocal hook, melodic keys, joyful flute playing, bound together with the guitar playing that has had many compare bartkuhn to the likes of jazz master pat metheny. the track builds into a breakdown that is perhaps best described by anthony nicholson as, a combination of truth, inspiration and cosmic energy . rounding out the ep a gentle acoustic reprise, a deeper introspective piece for ambient music lovers.
House
Deep House
UTA003
Utopia Records
a1Nomad (Full Experience)
a2Nomad (Reprise)
b1Tokyo Burning
out of stock
12.66 EUR * 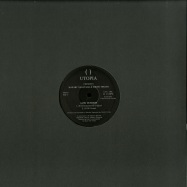 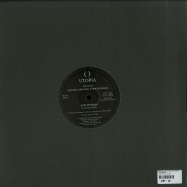 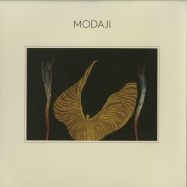 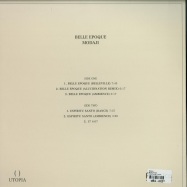 Modaji
BELLE EPOQUE
12" Vinyl UK 20.09.16
for the second release on alex bradleys utopia records we see the return of london based producer dominic jacobson aka modaji. dominics initial modaji and harvey lindo releases garnered acclaim from luminaries such as francois kevorkian, derrick may and gilles peterson and after 10 years away from releasing to concentrate on composing music for film and television, jacobson returns to the studio to delve further into his deep house and ambient soundscapes. the first of two eps, belle epoque touches on a more cinematic approach to production and showcases a warmer, more expanded sound. the aim is to create music that is as listenable during the dusky twilight hours as it is at sunrise. the rest we leave to your imagination and trust you will enjoy our offering. limited pressing!
Deep House
House
Ambient
UTA002
Utopia Records
a1Belle Epoque (Belleville)
a2Alucidnation Remix - Belle Epoque
a3Belle Epoque (Ambience)
b1Espíritu Santo (Dance)
b2Espíritu Santo (Ambience)
b317
out of stock
11.69 EUR * 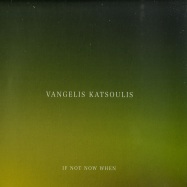 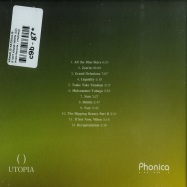 Vangelis Katsoulis
IF NOT KNOW WHEN (CD)
cd UK 13.03.17
the avant garde movement largely influenced katsoulis early compositions. after which, he turned to minimalism, applying elements of jazz and rock into that genre. since the 80s, the use of technology became gradually apparent in his compositions, whist not diminishing the importance of the human factor and the creative involvement of the performer. . today, he is striving for simplicity, trying to express the most, using the least, providing the context for this release. from the subtle ambience of title track if not now when, to the intense and confronting sound on all the blue skies, katsoulis and his accompanying musicians deliver a diverse and contemporary work with a level of sophistication that will challenge the current electronic musical landscape. the purity of sound in stand out track tore is juxtaposed by the dark and gritty grand delusions, a remarkably modern composition which sounds like it has been composed for a berlin techno club, from a man we suspect has never been to one. slipping beauties, the most revered of katsoulis back catalogue (recently remixed by young marco) is given an organic and intelligent reinterpretation for 2016. the haunting and provocative vocal performance by anna linardou on zarrin leads the record down an even more emotive and provocative path.
Techno
Electro
Ambient
Experimental
UTA004CD
Utopia Records
All the Blue Skie
Zarrin
Grand Delusions
Liquidity
Take Take Tundum
Midsummer Tobago
Noir
Shhhh
Tore
The Slipping Beauty Part II
If Not Now, When
Recapitulation
in stock
12.18 EUR *
Related Artists:
Alex Kassian Earth Patterns Gianni Gebbia Iury Lech Lars Bartkuhn Manabu Nagaya & Soichi Terada Modaji Vangelis Katsoulis
* All prices are including 19% VAT excl. shipping costs.