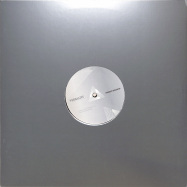 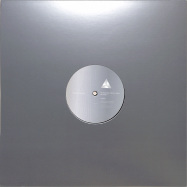 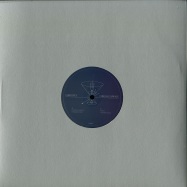 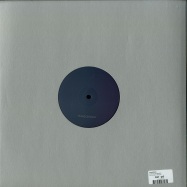 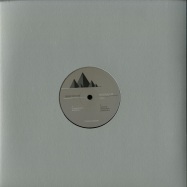 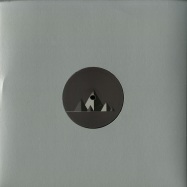 Ersatz Olfolks
HELIOPOLIS
12" Vinyl NL 02.05.18
transcendent records is proud to present a new immersive cinematic techno release by a french producer who goes under the name of ersatz olfolks. some might already know him from previous releases on singular records and cheap. for a producer with only two records behind him we think he already has a bright voice within the overcrowded musical techno landscape. heliopolis is the city of the sun and was the theological center of the greatest sun temple of pharaonic times. the sunrays bring brightness but we also find ourselves in the darkest ominous shades of an eclipse. we were instantly captivated by his contra dictionary sound that is filled with subtle harmonic distortions and sophisticated melodic and evolving modular patterns. heliopolis ep is a careful selection of works recorded during live sessions. this is our definition of techno! pressing of 300 copies in special silver sleeve.
Techno
Experimental
TRSD006
Transcendent
a1Oceans Secrets
a2Mangrova
a3Lagoonal
b1Crows Wing
b2Compostelle
in stock
10.71 EUR * 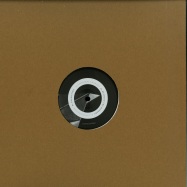 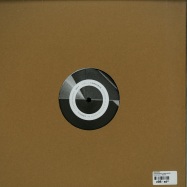 Conforce
HYPOTHETICAL FUTURE POINT
12" Vinyl NL 02.03.17
following his recent releases on delsin and deep sound channel the prolific dutch artist conforce is back on his own transcendent imprint with some filmic and atmospheric tripping techno action. hypothetical future point sends you further into the more ominous and industrial spaces of his alias. spiritual techno with with a wink to the past. boris crafts music with attention to detail and blends influences from his silent harbour and hexagon monikers that seems inevitable.
Techno
TRSD004
Transcendent
a1Constant Changes
a2Between The Mirrors
b1Introspection
b2Transition
in stock
10.52 EUR * 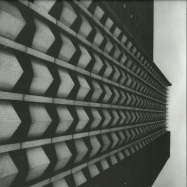 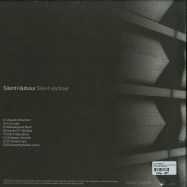 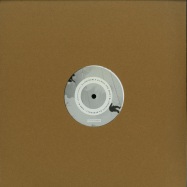 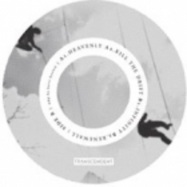 Conforce
NARRATIVE COLLAPSE EP
12" Vinyl NL 01.07.16
known for his more elegant and subtle atmospheric techno music though, conforce is never afraid of deviating from his safe zone. sometimes a change of environment can bring new musical influences and shine new light on existing musical projects. there is a small narrative about this release. what happens when you place an island boy in an multicultural harbour metropolitan city? stuff might get a little bit more rough edged from time to time. a transition from the serene tranquility of the islandic coasts to the impatient impulsiveness rush of the metropolitan city. narrative collapse ep contains music created though more impulsive machine jamming. be ready to get a fix of rotterdams real danger. play loud!
Techno
Detroit
TRSD-W003
Transcendent
a1Heavenly
a2Kill The Drift
b1Infinity
b2Renewall
in stock
9.45 EUR * 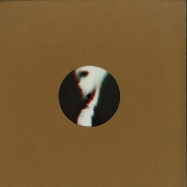 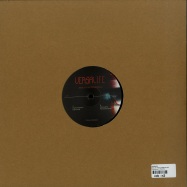 Versalife
SOUL OF THE AUTOMATON PT3
12" Vinyl NL 05.04.18
part 3 of the soul of the automaton series. this is soulful techno, electro with subtle ambient elements and idm echoes, touching the more experimental side of music here and there. bunnik has not completely severed his links with the past but he is unafraid of the future. this is again emotive, futuristic, concise, dissonant utopian glitch music that s equally as good for the club as it is for the soul. constructed on the west coast of holland in the harbour city of rotterdam.
Techno
Electro
Ambient
TRSD005C
Transcendent
a1Utopia in Distress
a2Lapis Lazuli
b1Missing Link
b2Portamento Quints
out of stock
10.71 EUR * 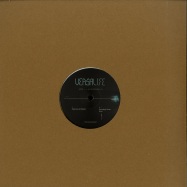 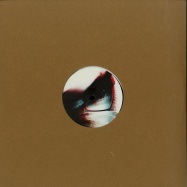 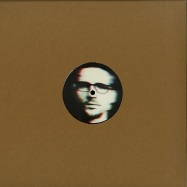 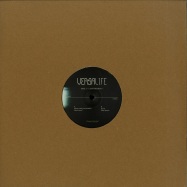 Versalife
SOUL OF THE AUTOMATON PT. 1
12" Vinyl NL 02.11.17
a new transmission from the pasadena oceanlab by versalife. the start of a new saga where he explores the boundaries between electro romantic sounds and glitchy idm percussions. tracks that have already been highly sought after since his live performance at boilerroom in doornroosje, nijmegen earlier this year. a few people might have heard this release in an already legendary dj set by objekt during the freerotation festival this year. more parts are on their way.
Electro
Detroit
Experimental
TRSD005A
Transcendent
a1Distress Calls From Pasadena
a2Mind Control
b1Qu:Ad
b2Chaos Quasar
out of stock
11.10 EUR * 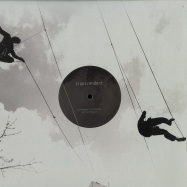 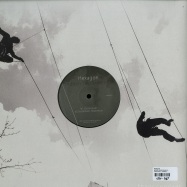 Hexagon
HIDDEN TERRITORIES EP
12" Vinyl D 29.10.15
a new four track ep by hexagon aka conforce on his own imprint. doing what he does best. making deep imaginary techno music with otherworldly authentic atmospheres without any concessions. the title track sucks you into desolate interstellar territories paying hommage to 606 rhythms with emotive strings on top that determine the total atmosphere of this killer advanced electro cut. human meets machine in it s purest form. pitch black leans on accurate programmed heavy broken percussive patterns and is the most functional track of the ep. functional but it s haunting atmosphere lifts this to a different dimension. continuum dives deeper into sonic territory with a mysterious stealth missional vibe caused by it s unpredictable sparkling crispy effects and mysterious pads. systematic repetition leans on pulsating modular bleeps and dubby basses and is the most techno orientated cut of the whole ep. it wouldn t be a conforce record if there weren t any strings and pads attached to it.
Techno
Electro
Experimental
Detroit
TRSD003
Transcendent
a1Hidden Territories
a2Pitch Black
b1Continuum
b2Systematic Repetition
out of stock
10.23 EUR * 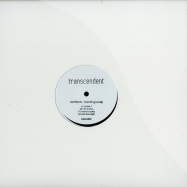 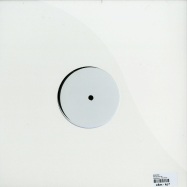 Conforce
TRAVELOGUE EP
12" Vinyl NL 19.01.15
stepping up for the second release on his own transcendent label, the unstoppable conforce offers up four more tracks of studiously deep and moving music that is as filmic as it is atmospheric. his travelogue ep features four cuts that continue ion the dutchmans fine tradition of fusing moods and grooves in submerged and aqueous ways.
Techno
Acid
Dub Techno
TRSD-W002
Transcendent
a1Phase 7
a2Informatica
b1Coast To Coast
b2Zero Five Eight
out of stock
0.97 EUR *
4.83 EUR
80% Discount 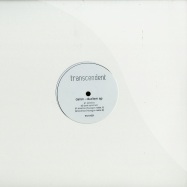 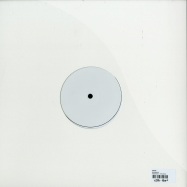 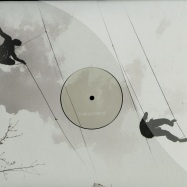 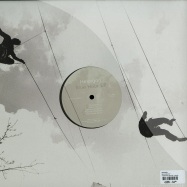 Hexagon
BLUE HOUR EP
12" Vinyl NL 29.11.13
having made a name for himself as a heavyweight ambient, electro and techno producer as conforce and versalife, bunnik is now ready to release his second release on his transcendent imprint.
Dub Techno
Ambient
Techno
Experimental
Vinyl Only
trsd002
Transcendent Records
Absentum
Forecasts
Illuminated Atoms
Physical dimension
Spectral Analysis
out of stock
10.23 EUR *
Vinyl Only 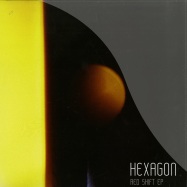 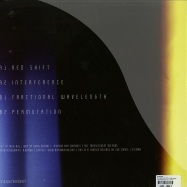 Hexagon
RED SHIFT EP (LTD TO 150 COPIES)
12" Vinyl D 09.11.12
having made a name for himself as a heavyweight dub, ambient and techno producer as conforce, versalife and silent harbour, boris bunnik is now branching out into label ownership with julius de wal. the imprint will be called transcendent, will be vinyl only and aims to focus on deep and abstract mental sound excursions.
this is a very limited release of only 150 copies worldwide with no repress at all.
Dub Techno
Ambient
Techno
Experimental
Vinyl Only
trsd001
Transcendent Records
Red Shift
Interference
Fractional Wavelength
Permutation
out of stock
17.54 EUR *
Related Artists:
Caron Conforce Ersatz Olfolks Hexagon Silent Harbour Versalife
* All prices are including 19% VAT excl. shipping costs.