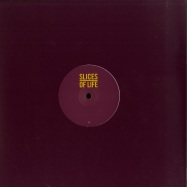 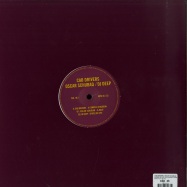 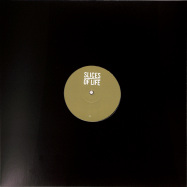 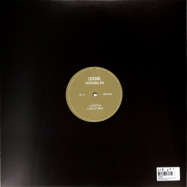 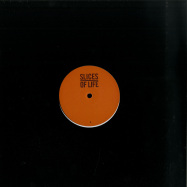 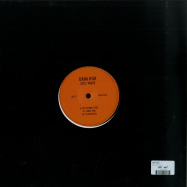 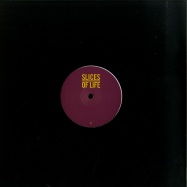 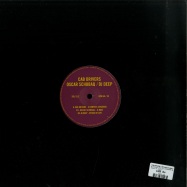 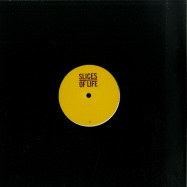 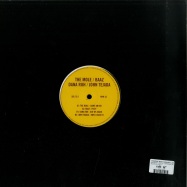 The Mole / Baaz / Dana Ruh / John Tejada
SLICES OF LIFE 10.1 (STANDARD BLACK COVER)
12" 27.09.18
slices of life celebrates the 10th release with a two-part vinyl compilation: sol10.1 and sol10.2! for the 10th release label owner barbara preisinger is gathering seven unreleased tracks on two seperate 12inches, by previous slices of life artists as well by producers who have a relationship to the label through frindship, events and personal support. each track presents the personal unique style of its producer, but all have a feeling for warm sounding organic house grooves in common, what slices of life stands for since the beginnings in 2009. on the first 12inch, sol10.1 the mole, baaz and john tejada excite us with an extension of their previous slices of life repertoire with 3 further timeless pieces of house music: trippy and soulful (come on kid), deep and percussive (fitzy), minimal and playful (how i used to). dana ruh celebrates her debut at slices of life with out of ada20: an upbuilding sunrise track carried by a driving beat and thrilling string lines. november 9th 2018 the 2nd part, sol10.2 will follow with exclusive tracks by dj deep, cab drivers und oscar schubaq.
Techno
House
SOL10.1
Slices Of Life 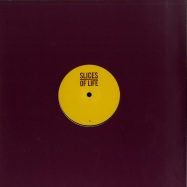 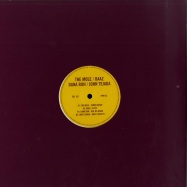 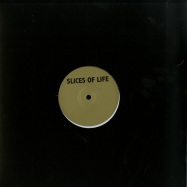 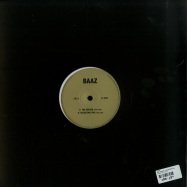 Baaz
THE REASON / ANCESTORS FUN
12" 24.03.17
two deep and driving house tunes by baaz! since the release of his last sol 12inch  swimmer (sol5) quite a bit has happened: baaz founded his own successful label office recordings, he has also created a new moniker for his dub techno productions as -eric miller-. his love of dubby sounds and echo chambers can be experienced in  the reason and  ancestor s fun, although it s obvious that baaz also stays true to his deep house roots. he skillfully combines spacial structures with his characteristic driving beats and organic sounds. -the reason- is a grooving light footed tune with a jumping bassline and develops, step by step, this driving energy, that will not let you go. -ancestor s fun- brings up the energy level with stronger beats and open high hats, but the playful warm sounds and drifting strings keeps the wonderful flow that we love to hear from baaz s productions
House
Deep House
SOL9
Slices of Life
a1The Reason
b1Ancestors Fun
out of stock
10.92 EUR * 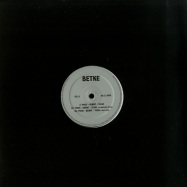 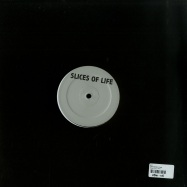 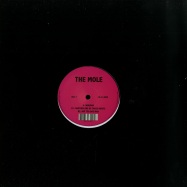 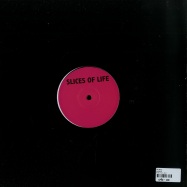 The Mole
INHUMAN
12" 07.04.15
the mole is back on slices of life with 3 new tracks and 3 different views on the house music of these
Techno
Techhouse
House
SOL 7
Slices Of Life
a1Inhuman
b1Another One Of Those Nights
b2Hot Tea Dog Man
out of stock
7.36 EUR * 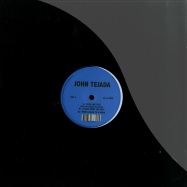 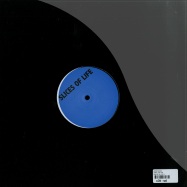 John Tejada
TIMES LIKE THIS
12" 01.09.14
john tejada does not really need any introduction - he is simply a phenomenon. starting with his first releases in the mid nineties, he has been constantly expanding on his massive catalogue of singles, remixes and albums released on well known us and european techno, house and electronic music labels and there seems to be no end in sight. in addition to his output on prestigious labels such as playhouse, plug research, defocus, moods and grooves, 7th city, kompakt, and others he has also been running his own palette recordings imprint since 1996. john tejada s ep for slices of life make reference to his earlier releases that were beloved by dj s for their driving energy and an occasional wink of humor. the three tracks on -times like this- combine a musical glance back to earlier times, while showcasing tejada s high level production skills of today: a slice from the past without being nostalgic
Techhouse
Techno
House
SOL 6
Slices Of Life
Times Like This
A Slice From The Past
From A Slice To A Draw
out of stock
7.36 EUR * 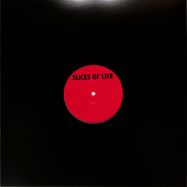 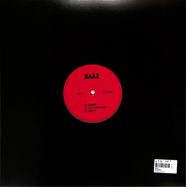 Baaz
SWIMMER
12" 10.06.13
we are happy to announce a follow up ep of baaz on sol with three massive and rolling house pieces. >swimmer< comes right in time for the 2013 s summer season with its strong driving beats and drifting chords that awake your lust to run through high summer grass
Deep House
Detroit House
SOL 5
Slices Of Life
a1Swimmer
b1Cant Take It Away
b2Chummy
out of stock
6.96 EUR * 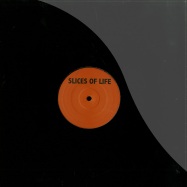 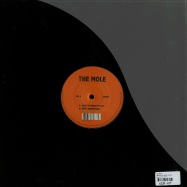 The Mole
HANG IS IN THERE FRY GUY
12" 28.01.13
2 hypnotic house tracks with the the moles typical twisted disco atmosphere. back in the early 2000s colin de la plante developed a very unique language as producer, which he has constantly continued, perfected and varied until today. no matter if the moles productions made a move towards techno, minimal house or deep house: his great love for disco music always shines through in a very distinctive way, sometimes very obvious, sometimes hidden in the background. the 2 tracks that will be released on slices of life presents the moles hypnotic and amazing paranoid disco side.
House
Disco
SOL 4
Slices Of Life
Hang In There Fry Guy
Now I Understand
out of stock
6.55 EUR * 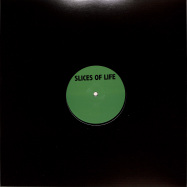 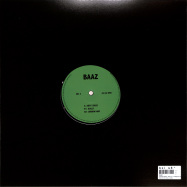 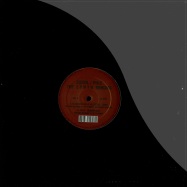 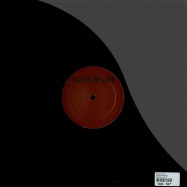 Sistol / Pole
THE SYNTH REMIXES
12" 17.10.11
in 2010 the la based label halo cyan records re-released vladislav delay s sistol project. for this deluxe 2cd reissue various well known electronic musicians remixed the recordings from 1999. the whole project received enthusiastic reviews in pitchfork, resident advisor, etc. one of the remixers is mike huckaby, who transferred sistols track >keno< into an outstanding dubby detroit-house masterpiece. it was immediately clear that this track had to be released on vinyl. we are delighted to announce the collaboration between halo cyan and slics of life for mike huckabys s y n t h remix of keno. on the b-side, mike huckaby remixed a track originally produced in the same time period: poles >silberfisch< was released in 2000 on the highly acclaimed yellow album >3<, re-released by scape in 2008 as part of the 3-cd pole box. in 2011, mike huckaby keeps the dubby and slightly melancholic crackling atmosphere of the original, but his s y n t h remix is beams >silberfisch< straight onto the dancefloor, where it arrives as a driving deep techno track.
Techhouse
Techno
Dub Techno
SOL 2
Slices Of Life
Sistol - Keno (The Mike Huckabys S Y N T H Remix - Extended Version)
Pole - Silberfisch (The Mike Huckabys S Y N T H Remix)
out of stock
7.36 EUR * 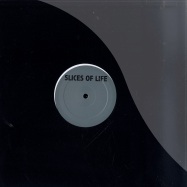 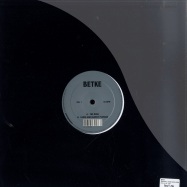