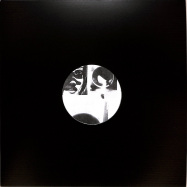 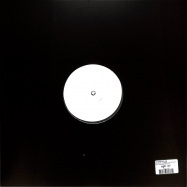 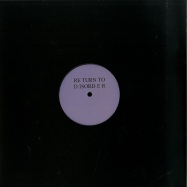 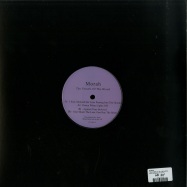 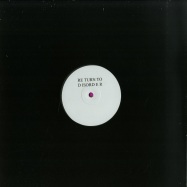 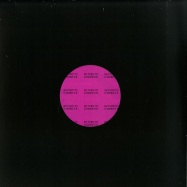 Blood Sport
HARSH REALM/BOILED IN DUST
12" Vinyl UK 04.08.17
ltd to 100 copies + insert
helena hauff s label continues to subvert all expectations by celebrating the truly underground and ignoring all expectations to provide obvious club material in line with her dj sets. instead we get treated to blood sport, a daring post punk band with a whiff of the pop group in their frenzied, messy style and plenty of sonic trickery occurring in between the intricate playing. -harsh realm- has the textural finish of earliest cabaret voltaire, but with a little more deft playing from the intensely talented players. -boiled in dust- meanwhile has a distinctly afrobeat-meets-industrial spirit that makes for striking, original material that should appeal to lovers of the truly alternative side of british music culture.
Electro Pop
Electro
Indie
RTTD 007
Return To Disorder
a1Harsh Realm
b1Boiled in Dust
in stock
8.95 EUR * 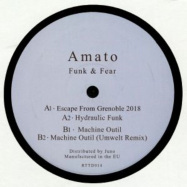 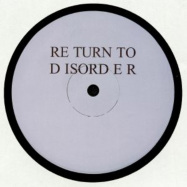 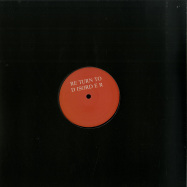 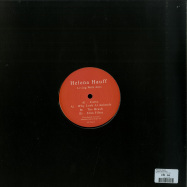 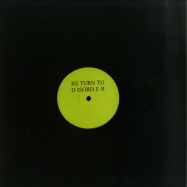 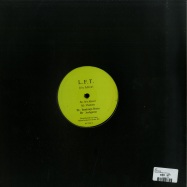 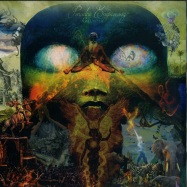 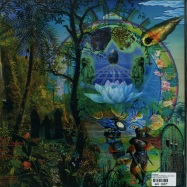 Galaxian
PARADISE ENGINEERING (140 G VINYL)
12" Vinyl, 140 g UK 06.06.18
glasgow based producer, galaxian, is set to drop the 11th release of helena hauff s return to disorder imprint. paradise engineering is an ambitiously psychedelic piece of machine mastery that will be right at home on hauffs label, with which she set out to bring punk rock and techno together in 2015. the label s name refers to the reactionary post-ww1 art movement, return to order, which called for a rejection of the avant-garde in favor of conservatism and classicism. return to disorder has embraced experimentation and genre bending with releases from the likes of children of leir, morah and umwelt. galaxian s proximity to the sharp edge of quantum chaos and belief in the anarchism of nature make him a fitting addition to the hamburg based label.
Electro
Ambient
Experimental
Acid
RTTD 011
Return To Disorder
a1Paradise Engineering
a2Mutual Arising
b1Life Force
b2You Dont Matter
out of stock
12.49 EUR * 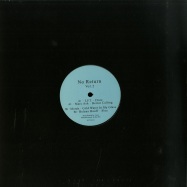 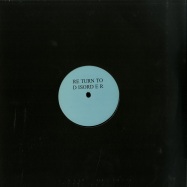 LFT / Marc Ash / Morah / Helena Hauff
NO RETURN VOL.2 (140 G VINYL)
12" Vinyl, 140 g UK 27.03.18
helena hauff s mighty return to disorder is back with a various artists 12inch packing phasers set to slay. lft is as evil as it gets on flare, dropping the kind of sleazy, bunker-ready, acid inflected electro that darkroom dreams are made of. marc ash has an edgier tone, maximising the distortion but also capitalising on uneasy space in the mix on grimy workout beirut calling. morah sends things in an airy direction on cold water, building up layers of noise but maintaing a strange air of optimism. hauff herself lands the b2 slot with a curious belter that channels the spirit of 90s midi game soundtracks amidst searing arepggios and a bloated kick.
Techno
Electro
RTTD 010
Return To Disorder
a1LFT - Flare
a2Marc Ash - Beirut Calling
b1Morah - Cold Water In My Glass
b2Helena Hauff - Sloe
out of stock
9.99 EUR * 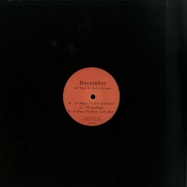 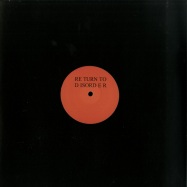 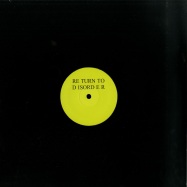 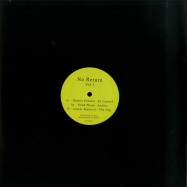 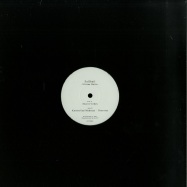 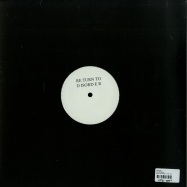 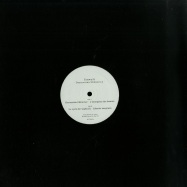 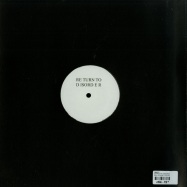 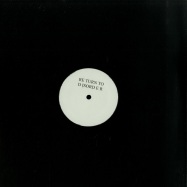 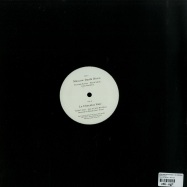 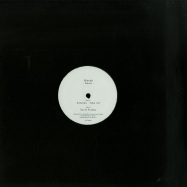 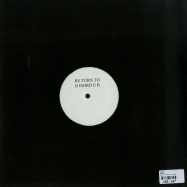 Morah
ROUTE
12" Vinyl UK 14.10.15
for the second release on her return to disorder label, helena hauff taps into the dark underbelly of the athens techno scene and presents the undoubted talents of greek producer morah. a resident at athens party phormix, morah has clearly been crafting his productions skills in private for some time as this three track 12inch is a powerful display of techno at its dankest. solution sets the tone, dipping into gnarled acid electro that seems to teeter on the brink of all out chaos with fellow a-side track take all similarly nasty. morah gets a chance to show his more experimental side with up in flames, a scorched exercise in freeform electronics with some particularly haunting vocals.
Techno
RTTD 002
Return To Disorder
a1Solution
a2Take All
b1Up In Flames
out of stock
9.95 EUR * 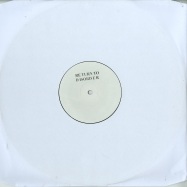 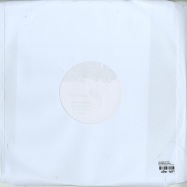 Children Of Leir
CHILDREN OF LEIR EP
12" Vinyl UK 15.09.15
limited to 100 copies hand-stamped 12 inch.return to disorder is the new label from hamburg producer and dj helena hauff, known for her dark brand of ebm and electro-infused music and without doubt one of the best selectors currently playing in clubs. the act responsible for the debut release from return to disorder is children of leir, a leicester-based psych rock outfit whose influences come from mystical horror. not the sort of music one would immediately associate with hauff s floor pummelling dj sets and a hint that return to disorder will be dictated by hauffs tastes as opposed to a need to satisfy the beat. the four tracks present here are a fine introduction to children of leir, with their feedback-laden sound perfectly enhanced by the mastering skills of pete sonic boom kember.
Cosmic
Rock
RTTD 001
Return To Disorder
a1Shapes Of Sleep (4:53)
a2Drowned In Fear (9:44)
b1Seed Of Doubt(6:23)
b2Elixir (5:44)
out of stock
15.79 EUR *
Related Artists:
Amato Blood Sport Children Of Leir December Dmitry Distant / Neud Photo / Antoni Maiovvi Fallbeil Galaxian Helena Hauff LFT LFT / Marc Ash / Morah / Helena Hauff Morah Moscow Death Disco / Le Chocolat Noir Umwelt
* All prices are including 19% VAT excl. shipping costs.