My Love Is Underground 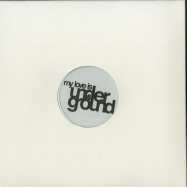 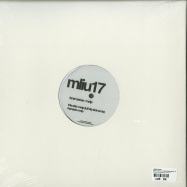 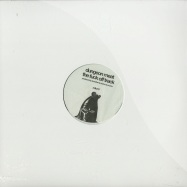 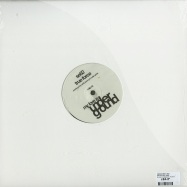 Dungeon Meat / SE62
THE FUCK OFF TRACK (REPRESS)
12" Vinyl UK 20.03.17
repress 2017 , 1 per customer / 1 per kunde
the new collaborative endeavor between mliu regular brawther and tristan da cunha of back to basics fame, dungeon meat live up to the brash nature of >the fuck off track< with heavy hitting percussion driven house at its finest. look out for a label of the same name from dungeon meat later this year. face down ukrainian producer se62 returns for mliu duty for a third time with the hook heavy deep house burn of true force
House
Deep House
Chicago House
MLIU015
My Love Is Underground
a1Dungeon Meat - The Fuck Off Track
b1SE62 - True Force
out of stock
8.76 EUR * 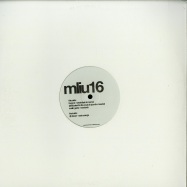 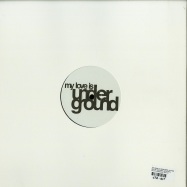 V/A (Hugo LX, Malin Genie, DJ Steaw, Franck Roger)
MLIU 16 (2X12 INCH, 180 G VINYL)
2x12" Vinyl UK 30.09.16
nearly three years after the last split 12inch from dungeon meat and se62, my love is underground is finally back in action with an expansive doublepack of essential cuts from a wide range of producers that reaffirm the label s status as one of the leading exponents of classically rooted deep house music. with previous releases including brawther, the nathaniel x project and kool vibe, jeremy undergrounds label has done much to keep the heart and soul of real house music relevant in the 21st century. this new compilation follows in a long line of showcase releases from my love is underground, giving a platform to new talent as well as championing old favourites of the label. mid 90s legends teflon dons make a welcome return, franck roger represents the lasting legacy of parisian house music and uk mainstay tristan da cunha brings the goods in a break from his dungeon meat project. elsewhere hugo lx represents the new generation, fresh from a release on courtesy of balance, while malin genie has been rapidly building up a reputation on will & ink and lazare hoche. dj steaw has been spotted on traxx underground and rutilance, and ebony cuts returns after a debut on kojak giant sounds last year
House
Deep House
MLIU 16
My Love Is Underground
a1Hugo LX - Breakfast At Ronnys
a2Malin Genie - Hemlock
b1DJ Steaw - East Orange
c1Franck Roger - To Me
c2Teflon Dons - Damn Mosquitos!
d1Tristan Da Cunha - Hit Up On This!
d2Ebony Cuts - Disco Credit
out of stock
16.47 EUR * 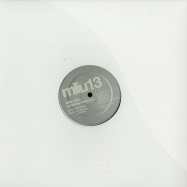 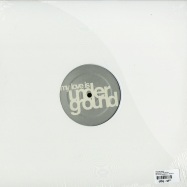 Teflon Dons
WORLDSHIP MUSIC EP
12" Vinyl UK 04.12.12
having surfaced with a few potted releases in the mid-nineties, my love is underground have taken it upon themselves to call upon las teflon dons to reissue three punchy lessons in that currently most mined of house music eras. theres no arguing with the authenticity of a track like planet eater, as the subby bass and pounding drums take the lead with just subtle dabs of noise and samples chilling in the background. sun fist rising has a more rounded atmosphere, leaning on layers of keys and a classic garage shuffle for a sweet and soulful end result, while psycho ray gets on a darker tip with creepy vocal samples and moody organ bass
Deep House
House
Chicago House
MLIU013
My Love is Underground
Planet Easter
Sun Fist Rising
Psycho Ray
out of stock
9.74 EUR * 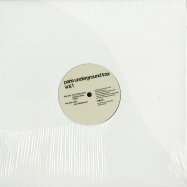 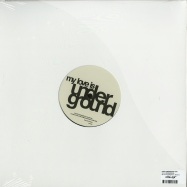 Paris Underground Trax
VOL.1 (REMASTERED)
12" Vinyl UK 01.10.12
there s only one thing that matches a new my love is underground 12 - a remastered pressing of one of the label s certified hits! paris underground trax volume 1 was one of the records that catapulted the french label into the spotlight - at the time produced anonymously, it later emerged that mr brawther was the man behind the four retro house cuts. it s a wonderful homage to the deeper strains of 90s new jersey, nyc underground and sexy thing remix still smack of kerri chandler at his most bumping, with fat pads, sultry vocals and gritty basslines. the b-side features uptempo gem hardcore deep house , while gtfo! glides along with warm, embracing chords. if you missed out first time round, don t make the same mistake again.
Deep House
House
Chicago House
Detroit House
Funky
MLIU012
My Love is Underground
Sexy Thing (remix)
Hardcore Deep House
GTFO
NYC Underground
out of stock
9.74 EUR * 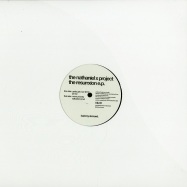 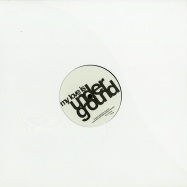 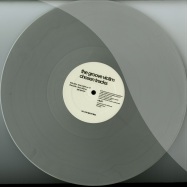 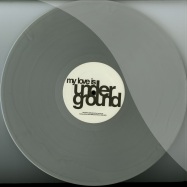 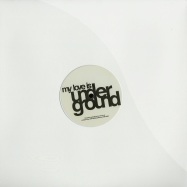 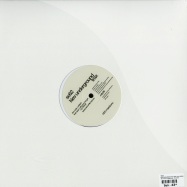 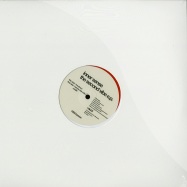 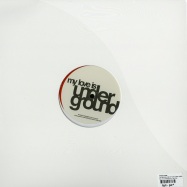 Inner Sense
THE SECOND VIBE EP (COLOURED VINYL)
coloured 12" Vinyl UK 06.10.11
the sixth release on the excellent parisian imprint my love is underground comes from inner sense - aka french producer henri fontaine - who serves up only his second ever solo release (his first was back in 2006!) sprawled across the a-side you will find >lowdown<, a jam that brings to mind the output of new york house dons masters at work (indeed look closely at the centre of this record and you will see the totally appropriate inscribing >1993 forever<). swirling chords combine with a thumping kick, stuttering keys and, of course, a killer vocal wail for a slice of what can only be described as proper house music. >wanna dub with u< opens proceedings on the flip with the kind of thumping bass drum and funk-infused skipping hats that would make it a snug fit in the kerri chandler back catalogue and, again, the vocals are absolutely gorgeous. finally, >rawllin< wraps up the ep on a more stripped back yet equally groovy tip. limited to 500 copies on rather fetching 180g orange vinyl - essential.
House
Deep House
MLIU006
My Love is Underground
Lowdown
Wanna Dub With U
Rawlin
out of stock
11.69 EUR *
Vinyl Only 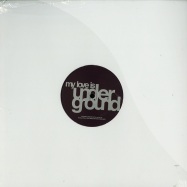 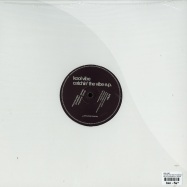 Kool Vibe
CATCHIN THE VIBE EP (SHRINK WRAPPED 180G VINYL) (VINYL ONLY)
12" Vinyl UK 23.05.11
parisian label my love is underground calls on the service of kool vibe, a veteran dj & clubber from paris. although now in his 40s, this is his debut release, but to hijack a well worn phrase, its been worth the wait. mr vibe has clearly spent many a night on discerning dancefloors, and the three tracks on offer here are produced with the steady hand of someone who knows their way around a house tune.
Chicago House
Deep House
Funky
Vinyl Only
mliu004
My Love is Underground
House fever
Midnight Call
Talking About Love
out of stock
8.96 EUR * 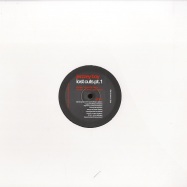 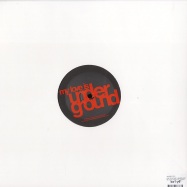 Jerzzey Boy
LOST CUTS PART 1 (SHRINK WRAPPED 180G VINYL)
12" Vinyl UK 08.03.11
after the sensational >paris underground trax - vol.1< ep, my love is underground returns! this new release has a very special story. the dedicated deep house connoisseurs amongst you will surely remember the name of >jerzzey boy<, a guy who did a bunch of releases on bottom line between 1992 and 1993. with the help of his partner brawther & after 5 years of research trying to trace him, the man behind the label, jeremy >underground paris< travelled to... pennsylvania, where jerzzey boy now resides, to meet up with him and bring back dat tapes, with unreleased gems from back in the days! heres a part of the result of that journey which is >lost cuts pt.1<, 4 tracks with that original early 90s vibe that will bring you straight to club zanzibar!
Deep House
Detroit House
Chicago House
mliu003
My Love is Underground
Around 94
Like A
So Down!
Get it Started
out of stock
8.96 EUR * 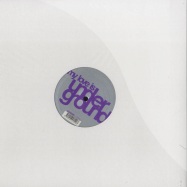 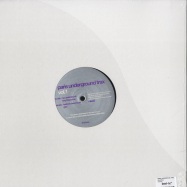 Paris Underground Trax
VOLUME 1
12" Vinyl FR 03.11.10
after the success of the >nathaniel x project ep< in may, the parisian label finally comes back with another killer ep! from this label calling all souls and spirits from the old skool new jersey house, early italian after-hours house and chicagoan finests, from music station, to prescription underground, to palmares, to goldtone  who is paris underground trax? we dont really know, as the label wants to keep the producers name secret! only thing we know is that these tracks were produced in 2010 by a young french dude! so again, these are proper 90s vibes, in the purest deepest tradition, heavy kick, fat basslines, hard swing and massive oldschool keyboards! kerri chandler: >great tracks, i love them all<
Deep House
Chicago House
Funky
House
Detroit House
mliu002
My Love is Underground
NYC Underground
Sexy Thing Remix
Hardcore Deep House
GTFO!
out of stock
9.54 EUR * 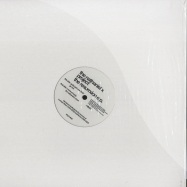 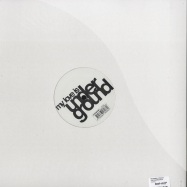