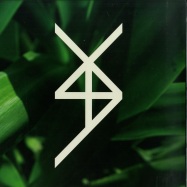 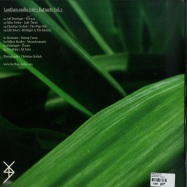 Various Artists
EXTRACTS VOL. 1
12" Vinyl NL 09.10.17
lanthan.audios 10th release extracts and converts to a piece of music where label-known souls join together to celebrate the jubilee in a reasonable way. this sets the focus on the human form and thereby lanthan presents itself in a new vestment for this anniversary. the architecture of mother nature.
this is lanthan.extracts vol i.
Techno
LNTHN010
Lanthan.audio
a1Jeff Derringer - FM-324
a2Mike Parker - Lady Thetis
a3Christian Gerlach - The Wipe Out
a4Edit Select - Midnight At The Electric
b1Motionen - Distant Voices
b2Milton Bradley - Monochromatic
b3Echologist - Thrust
b4Deepbass - Ad Astra
Last Copy!
10.39 EUR * 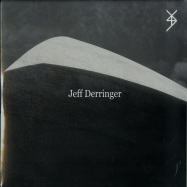 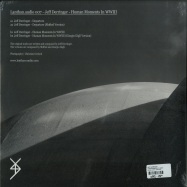 Jeff Derringer
HUMAN MOMENTS IN WWIII
12" Vinyl D 27.01.17
christian gerlachís lanthan.audio features jeff derringer in its seventh installment, as well as two remixes from seasoned veterans shifted and giorgio gigli. the concept behind the label is the combination of music with architecture and photography, the consolidation of which creates a highly robust and powerful statement about music and art. this vision was born out of the desire to deliver a diverse product featuring innovative remixes from technoís most respected producers. jeff derringerís ëhuman moments in wwiiií is irresistibly fervent. both ëdepartureí and the epís title track are driving, acid-imbued, and deeply nostalgic of 90s electronic sensibilities. while shiftedís remix provides more hypnotic twists to an otherwise straightforward track, giorgio gigli lends the ep momentum and vigor, bringing the release to a robust and energetic close. human moments in wwiii adds dimension to an already dynamic and techno-forward discography, and derringer, shifted, and gigli are three amongst many compelling artists that the label has released since its inception last year.
Techno
LNTHN007
Lanthan.audio
a1Departure
a2Departure (Shifted Version)
b1Human Moments
b2Human Moments (Giorgio Gigli Version)
in stock
10.99 EUR * 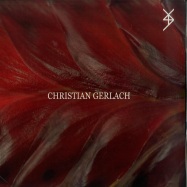 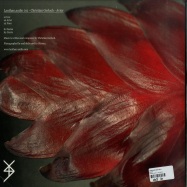 Christian Gerlach
AVIOR
12" Vinyl NL 01.12.17
the next strut of lanthan.audio comes from curator christian gerlach himself. after an intense episode of exploring human architecture, it is time to open a new chapter and devote itself to the far more complex and graceful architecture of nature. with this five original tracks christian shows the diversity of his productions facets and ranks in the series of his label.
Techno
LNTHN011
Lanthan.audio
a1Izar
a2Avior
a3Naos
b1Zosma
b2Cercis
out of stock
10.19 EUR * 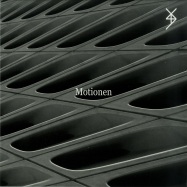 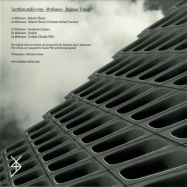 Motionen
BALANCE THEORY
12" Vinyl D 11.08.17
the 9th release of lanthan.audio will present you the sound of the los angeles based duo motionen. the audio/visual project created by carlos matamoros (a.k.a altrd being) and matt salamone presents its solid reputations on dancefloors throughout the city of angels with growing response and more shows to follow at the whole us ground and over it boundaries. furthermore they founded their own label ascetic limited last year with a very promising path already. also we are glad to welcome back claudio prc for a interpretation of motionens erudito . claudio is part of since the very first release and so a inherent part for lanthan.audio. the other version for the track balance theory comes by christian gerlach cover  photography and press : christian gerlach
Techno
LNTHN009
Lanthan.audio
a1Balance Theory
a2Christian Gerlach Version - Balance Theory
b1Inveterate Listener
b2Erudito
b3Claudio PRC Remix - Erudito
out of stock
9.99 EUR * 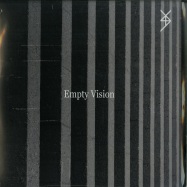 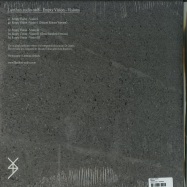 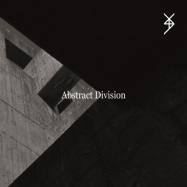 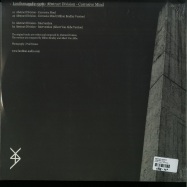 Abstract Division
CORROSIVE MIND
12" Vinyl UK 09.11.16
lanthan.audio, the german label founded by christian gerlach, now presents its sixth release from abstract division . the netherland-based dou delivers a 4 track ep with two originals and two remixes by milton bradley (do not resist the beat) and albert van abbe (vanabbe). abstract divisions corrosive mind stands with a significant synthline that screws into your mind. surrounded from its open and pumping drums its really developing into a mesmerising piece for the dance floor with a high recognition value. milton bradley strips it down and presents a very strong tool with a great tension in itself. intervention grabs up its name and reflects the word into sound. it comes along with a exciting touch and builds up slowly but strong. with potent drums, like we knew it from abstract division, it is definetly a track for various situations but not without loosing its goal. albert van abbe abstracts the core and reshapes it with classic drum sounds and adds an emotional melody, its centerpiece. tight and thoughtful next strike from lanthan.audio again, which is expanding advisedly.
Techno
Acid
LNTHN006
Lanthan.audio
a1Corrosive Mind
a2Corrosive Mind (Milton Bradley Version)
b1Intervention
b2Intervention (Albert Van Abbe Version)
out of stock
10.99 EUR * 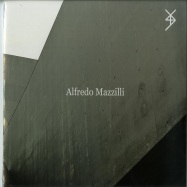 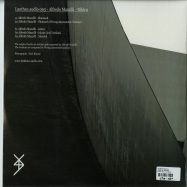 Alfredo Mazzilli
NIBIRU W/ IORI RMX
12" Vinyl UK 22.08.16
label owner, christian gerlach recruited the young and very talented alfredo mazzilli, which already showed his skills with his latest releases on edit select records or planet rhythm. in the ep, which is dedicated to the babylonian gods, alfredo takes us into worlds of sound that reminds us of a run through the jungle and arrivals at mighty temples. shamash opens the ep and prepares the mood for an ritual which is gonna to be celebrated. wrong assessment focuses the piece in its core, but in a deeper way and holds on to a heavy baseline. ishtar reminiscent of an ceremony and the ep reaches its climax which is also continued in the iori remix. the high­energy piece marduck could be considered as an joyfully extract from this distant world. with this packet lanthan audio combines the heavy architecture of old temples, but with an ease that welcomes the coming months with joyful anticipation.
Techno
LNTHN005
Lanthan.audio
a1Shamash (Original Mix)
A2:­ Shamash (Wrong Assessment Remix)
b1Ishtar
B2:­ Ishtar (Iori Remix)
b3Marduk (Original Mix)
out of stock
9.29 EUR * 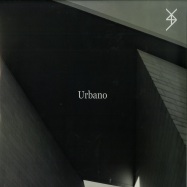 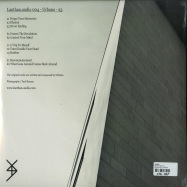 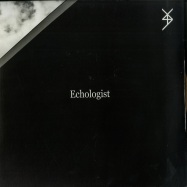 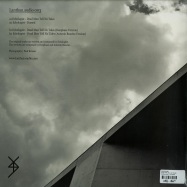 Echologist
DEAD MEN TELL NO TALES
12" Vinyl UK 18.01.16
lanthan.audio kicked off 2016 with its third release. label owner, christian gerlach, has already delivered two powerful punches of conceptual techno by artists like edit select and deepbass. this time the south african born, new york based producer the echologist has been chosen to lead the five track ep. echologist, also known as brendon moeller, has always demonstrated his passion for hypnotic synths with intense smoky atmospheres. he delivers two original tracks that have then been remixed by a familiar name to the label, deepbass, as well as the talented antonio ruscito. with the original cuts you can expect a trippy journey into metallic loops on a spatial environment of solid beats. the deepbass remix offers another version of the hypnotic process in dead men tell no tales in a more powerful manner. on the flipside, the italian, antonio ruscito delivers two other interpretations of the original track through different paths. the b2 serves us a proper banging synthetic vibe and the last bonus track, which is digital only, is the final trip to an hypnotic and cloudy deepspace. with this package lanthan.audio continues showing interest on a structural sound with that artistic touch of architecture. expect to see some more new constructions of theyre new building.
Techno
LNTHN003
Lanthan.audio
a1Dead Men Tell No Tales
a2Dusted
b1Dead Men Tell No Tales (Deepbass Remix)
B2:­ Dead Men Tell No Tales(Antonio Ruscito Remix)
out of stock
10.49 EUR * 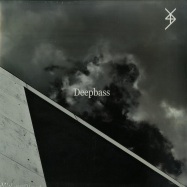 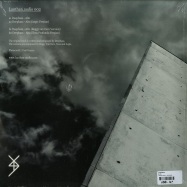 Deepbass
ALTO (AEGIS, REGGY VAN OERS, NESS RMXS) (SMOKEY BLUE VINYL)
coloured 12" Vinyl UK 07.11.15
lanthan audio is back after their debut ep that featured edit-select now with their sophomore release from deepbass, scottish dj, producer and label owner of informa records. for this ep deepbass delivers one original cut, alto which has been remixed by aegis, reggy van oers and ness. uniform to the deepbass style, alto is an ethereal atmospheric track with a punchy, rolling bass, which takes you on a voyage through the cosmos. aegis, on the other hand, takes the tracks potent bassline and adds the aura of breakbeat to the elegant atmospheres. on the flip side rvo adds a hypnotic energy to the track as the elements continue to build to the crowning point letting you down nice and smooth. for the final take ness adds his own style as the punchy bass lingers he is still able to keep the mood serene and delicate. all in all a captivating way for each artist to express their own style on one ep. pressing on translucent dark blue and smokey marbled vinyl.
Techno
LNTHN002
Lanthan.audio
a1Alto
a2Alto (Aegis Version)
b1Alto (Reggy van Oers Version)
b2Alto (Ness Version)
out of stock
10.49 EUR *
Related Artists:
Abstract Division Alfredo Mazzilli Christian Gerlach Deepbass Echologist Empty Vision Jeff Derringer Motionen Urbano Various Artists
* All prices are including 19% VAT excl. shipping costs.