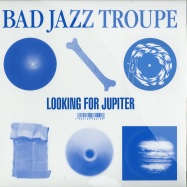 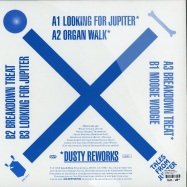 Bad Jazz Troupe
LOOKING FOR JUPITER (DUSTY REWORKS)
12" Vinyl UK 02.05.11
you could probably live without bad jazz, but you don t want to miss the bad jazz troupe! disregarding any kind of mindless rule  musical or otherwise  this reckless band revamps traditional rhythms and styles with modern production techniques. the bad jazz troupe brings together raw afrobeat, jazz and funk elements with the latest achievements of the electronic revolution in the world of music. the result sounds fresh and original and yet reminds one of those days when jazz was still something unruly, naughty and rebellious. what the bad jazz troupe seeks to accomplish, after all, is nothing but bad jazz in the best sense.
Jazz
Funk
Jazzy House
jm011
Jazz & Milk
Dusty Rework - Looking For Jupiter
Dusty Rework - Organ Walk
Dusty Rework - Breakdown Treat
Moogie Woogie
Breakdown Treat
Looking For Jupiter
Last Copy!
8.99 EUR * 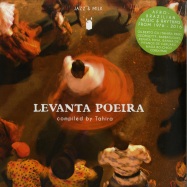 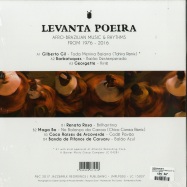 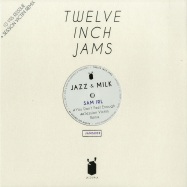 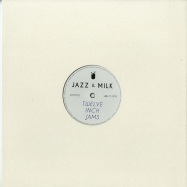 Sam Irl
TWELVE INCH JAMS 002
12" Vinyl UK 24.10.17
for their 12th label anniversary, jazz & milk have decided to launch a new series called twelve inch jams in order to celebrate vinyl culture and the legendary 12&#8243,,, format! jams002 sounds the bell for the second round of the series including a 10 years re-issue of the classic sam irl cut you dont feel enough. originally released as a b1 tune on his african dance ep debut on pulver records in 2007, this jazzy house gem found its way into the record bags of many influential djs over the years. from session victim, glenn astro, max graef to hodini the record never disappeared in club sets but certainly from discogs a good while ago. so it was about time to give the tune a second life and finally press it on the format it deserves - a whole 12&#8243,,, side. the german production duo session victim are well-known fans of the track describing it as their secret weapon playing it in quite many dj sets for years, including their 2015 appearance for mixmags dj lab. hence, it is a great pleasure that session victim contributed a remix to the new release. their absolutely elegant and groove-driven version with a charming 90s touch to it makes a brillant counterpart to the original with its jazzy piano-, drum- and double bass samples leading to an epic synth break that regularly causes ecstatic moments on the dancefloor.
House
Jazzy House
Deep House
Disco
jams002
Jazz & Milk
a1You Dont Feel Enough
b1Session Victim Remix - You Dont Feel Enough
out of stock
9.99 EUR * 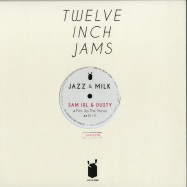 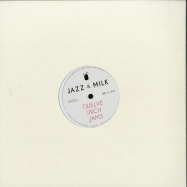 Sam Irl & Dusty
TWELVE INCH JAMS 001
12" Vinyl UK 07.09.17
sometimes you produce a track with nothing but a dancefloor and a good sound system in mind. twelve inch jams is offering you just that - strictly two a side tunes for the floor cut at 45 revolutions per minute. jazz & milk pays tribute to this classy release format with their new 12inch vinyl series. each record comes in a hand silk-screened printed and stamped sleeve! the series starts off with members
House
jams001
Jazz & Milk
a1Pick Up The Pieces
b1Drift
out of stock
9.99 EUR * 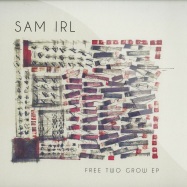 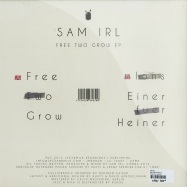 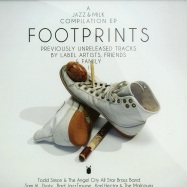 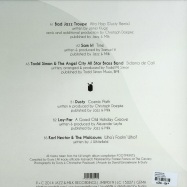 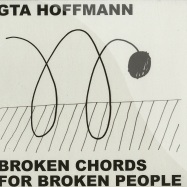 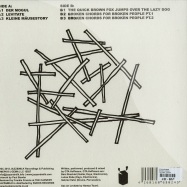 Gta Hoffmann
BROKEN CHORDS
12" Vinyl UK 23.07.13
it is neither a new computer game, nor a novelist - but most certainly the tightest live formation that jazz & milk has to offer to date! gta hoffmann sips out of your ear, sways your hips and bypasses the vessels of your awareness, 120 times per minute. three musicians, experienced in diverse and manifold musical areas, play their own and unique creation of live dance music. beni brachtel, aka bartellow (guitar), lukas rabe (keys) and gabriel hahn (drums) operate their instruments as armatures of turning knobs, sliders and effect pedals and pave their way through earthy rnb grooves, wooden house and analogue elevator-minimalism. as improvisers and composers they love to play with shapes, moods and all types of sounds. the result is pure energy, which inspires deep listening, immersion and dancing. what appears to be an artificially produced electronica record is in fact the live sound of a trio, which levitates through space and time - far away from any musical categorization - while sonically complementing and reorganizing earthly pulse.
House
Disco
Jazzy House
jmep018
Jazz & Milk
Der Mogul
Levitate
Kleine Mäusestory
The Quick Brown Fox Jumps Over The Lazy Dog
Broken Chords For Broken People Pt.1
Broken Chords For Broken People Pt.2
out of stock
8.99 EUR * 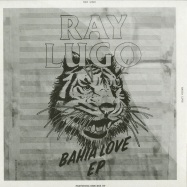 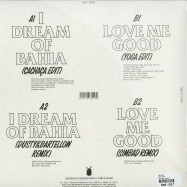 Ray Lugo
BAHIA LOVE
12" Vinyl UK 01.03.12
for over a decade, ray lugo has crisscrossed the globe bringing his punky afro grooves to countless audiences as leader and singer of new york powerhouse kokolo, a mainstay on the global music scene through their extensive discography and consistent touring.
in 2012, the ever-prolific lugo debuts his first solo album, >we walk around like this<, welcoming the sounds of bahia, lagos, kingston, san juan, and harlem all under one umbrella and echoing lugos eclectic tastes. the bahia love ep gives us a tasty preview of what the album holds in store, with two tracks destined for replay on your system.
Disco
Latin
Jazzy House
jmep015
Jazz & Milk
I Dream Of Bahia (Cachaca Edit)
Dusty & Bartellow Remix - I Dream Of Bahia
Love Me Good (Yoga Edit)
Simbad Remix - Love Me Good
out of stock
8.99 EUR * 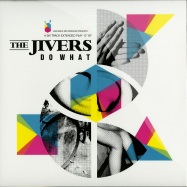 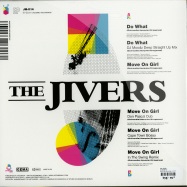 The Jivers
DO WHAT EP
12" Vinyl UK 03.10.11
the jivers is a production duo formed by the two french djs/producers don pascal and fred spider. having not known each other before, their paths first crossed when both of them had moved to barcelona in 2007. soon they discovered their common love for deep and soulful music ranging from jazz, funk, brazil to nu-jazz, broken beat or house. their debut single >do what< has already been featured on the jazz&milk breaks compilation and received amazing feedback and spins from djs all over the globe and was brought to an even broader audience after being included on several compilations such as >saint germain des pres cafe<. now the song is being re-released in form of the do what ep including a brand new track called >move on girl<, again featuring the unmistakable voice of anqui and remixes by dj moodz, don pascal and fred spider. the jivers music can be described as a dance-floor oriented fusion of jazz elements with modern beat productions including the colorful and melodic vocals of anqui.
Jazzy House
Vocal
Funky
Breaks
jm014
Jazz & Milk Recordings
Do What
DJ Moodz Deep Straight Up Refix - Do What
Move On Girl
Don Pascal Dub - Move On Girl
Move On Girl (Cape Town Bossa)
Move On Girl (In the Swing Remix)
out of stock
8.99 EUR * 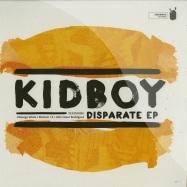 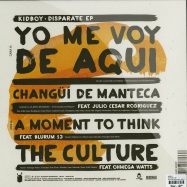 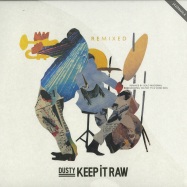 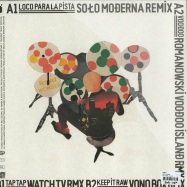 Dusty
KEEP IT RAW REMIXED
12" Vinyl UK 03.05.11
dustys >keep it raw ep< gets an amazing remix treatment by some of the good names out there. we believe that solo moderna took the title seriously when doing his remix for >loco para la pista<  this is something crazy for the dancefloor and it absolutely works! medicine man romanowski from san francisco collected special herbs on voodoo island to brew his great remix of the track called >voodoo<. watch tv, the man from spain turns the the jazz driven >tap tap< into a smashing and progressive piece that is just waiting to be played out loud! last but not least the guys from vono box are keeping it raw, adding the right dose of phat beats and effects to the title track. once again, this record bridges the gap between melodic jazz grooves and clubby productions!
Jazz
Trip Hop
jm008
Jazz & Milk
Solo Moderna Remix - Loco Para La Pista
Romanowskis Voodoo Island Remix - Voodoo
Watch TV Remix - Tap Tap
Vono Box Remix - Keep It Raw
out of stock
8.99 EUR * 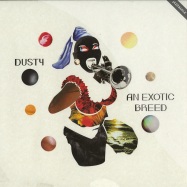 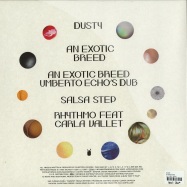 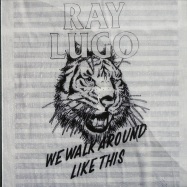 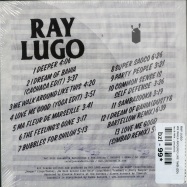