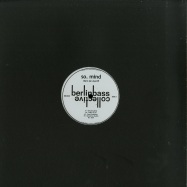 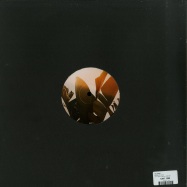 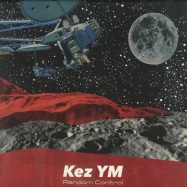 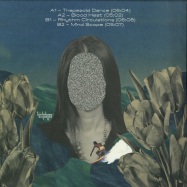 Kez YM
RANDOM CONTROL
12" Vinyl UK 22.12.17
after 15 releases and years of experience, kez ym has established his reputation as a masterful house producer, a world class dj, and a pillar of the japanese deep house cannon. over the course of multiple sold-out releases on faces records, 4lux, theplayground, city fly, and yore records, kez ym has developed a unique sound that sets his work apart. with random control (bbc-004), kez ym is back with four new york house (garage house) tracks that instantly catch your attention, raise your spirits, and remind you why you love dancing to his records.
infusing the tracks with his signature mix of disco, funk, afro, and deep house elements, kez ym has produced some truly perfect examples of new york house. conjuring up images of the mythical larry levan and colorfully adorned dancers representing all classes of people in new york city dancing together in a hot paradise garage, this ep could just as easily be played out during a set at dekmantel or keep the crowd bouncing in a sweaty basement in neukolln.
Disco
House
BBC-004
Berlin Bass Collective
a1Trapezoid Dance
a2Blood Heat
b1Rhythm Circulations
b2Mind Scope
in stock
11.79 EUR * 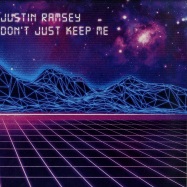 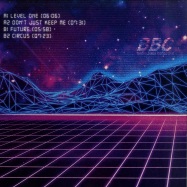 Justin Ramsey
DONT JUST KEEP ME
12" Vinyl UK 24.08.17
as a longtime chicago and detroit house-head who spent hours listening to sets online, justin ramsey packed up his bags and jumped ship to berlin to get involved in its thriving music scene. the result - spacey pads, warm vocal samples, and driving drums which make up the backbone for each cut. dont just keep me is a deep and trippy ep, dressed up with bouncing bass lines and breaks to dance to.
House
Chicago House
Acid House
Disco
BBC-002
Berlin Bass Collective
a1Level One
a2Dont Just Keep Me
b1Future
b2Circus
Last Copy!
11.69 EUR * 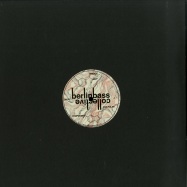 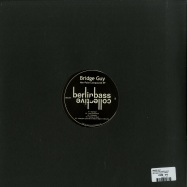 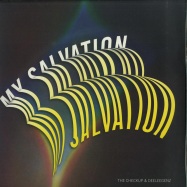 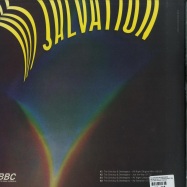 The Checkup & Deeleegenz
MY SALVATION (JOHANNES ALBERT REMIX)
12" Vinyl UK 09.07.18
the checkup & deeleegenz, legendary belgian production duo, are back with another instant house classic. with multiple traxsource #1 house releases on labels including peppermint jam, toolroom, defected, madhouse, simma black, large, and beef records, the checkup has made his mark with his signature sound that mixes soulful chicago house with uk garage elements. getting a dancefloor banger of a remix from johannes albert, label boss of frank music and co-founder of fine records, this ep is a true dj tool with each track being dance floor ready.
House
Chicago House
Deep House
BBC-006
Berlin Bass Collective
a1All Night
a2Just The Way
b1Johannes Albert Remix - All Night
b2My Salvation
out of stock
11.69 EUR * 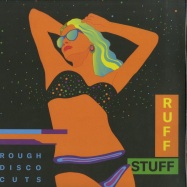 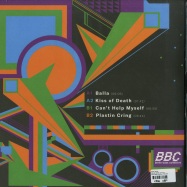 Ruff Stuff
ROUGH DISCO CUTS EP
12" Vinyl UK 05.03.18
nanni and francois le roy are both accomplished producers and djs in their own right. together as ruff stuff they make extremely well produced tracks that always have one thing in common  making dancefloors go crazy. after starting their own vinyl-only imprint (ruff stuff music) with four fully sold out releases, we are excited to get four banging disco house heaters that work equally well as dj tools and at a house party.
implementing their knowledge gained as hard-core clubbers throughout the 90s, nanny and francois make tracks that they know will evoke strong reactions from the dance floor. this release is equal parts thumping, driving, peak-time house and bright and beautiful disco bangers with a bit of italo flare! with its beautifully worked afro samples mixed perfectly with techno-infused house drums and hats, kiss of death is set to be huge on dancefloors from the clubs in berlin and london to the open fields of dekmantel and dimensions.
Disco
House
BBC-005
Berlin Bass Collective
a1Balla
a2Kiss Of Death
b1Can't Help Myself
b2Plastin Cring
out of stock
11.69 EUR * 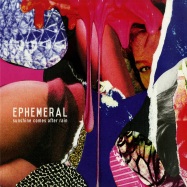 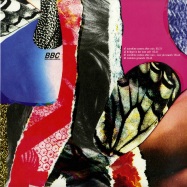 Ephemeral
SUNSHINE AFTER THE RAIN
12" Vinyl UK 20.10.17
from a young age, ephemerals father exposed him to a variety of styles of music - most notably groups like pink floyd, tangerine dream, and tubular bells. these psychedelic, moody, deep, and sometimes raw sounds heavily influenced his tastes in music and can clearly be seen in his productions. as he grew older and discovered house and techno music, ephemeral always went out of his way to dig for tracks with deeper sounds. since he started playing regularly in clubs around the uk six years ago, his sets have always reflected his unique taste.
this release, his second, showcases his uniquely moody and emotional sound. each track on sunshine comes after rain is undeniably deep and dubby while also incorporating jazzy elements. at times, ephemeral creates a truly raw and gritty sound though his heavy use of filters but the vibe of the tracks is never brought down and stays fluid and groovy. kez ym, a house legend with releases on faces records, city fly, 4lux, and cocoon (among others) provided a classic house groove with a beautiful piano melody on his rework of sunshine comes after rain on the b side.
Deep House
House
BBC-003
Berlin Bass Collective
a1Sunshine Comes After Rain
a2Bridget is Her Own Self
b1Kez YM Rework - Sunshine Comes After Rain
b2Common Grounds
out of stock
11.89 EUR * 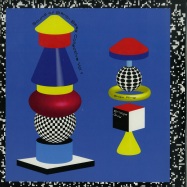 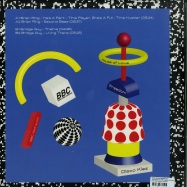 Brian Ring & Bridge Guy
THE SOUND OF BERLIN BASS COLLECTIVE VOL. 1
12" Vinyl UK 12.07.17
after building their reputation as a force for positivity in the berlin dance scene, berlin bass collective have looked amongst their ranks to find two producers with the talent to reflect their tried and tested ethos which has been setting dance floors alight across berlin and the uk. built from a palette consisting of raw, low-fidelity found sound, obscure disco reworking and original bass lines these tracks are built to function as well underneath the mirrorball of a packed dance floor as they are kicking back at a friends house party.
on the a, brian ring draws on his immense knowledge of the disco and soul roots of house music. channeling the spirit of his night time dalliances as a resident of both the disco kiez and house of love parties in berlin, brians productions embody the philosophy that good music is music that gets people moving.
on the flip, bridge guy takes us into super chill with a collection of organic, lo-fi tracks that loop beautiful disco bass lines and vocals so sultry you will feel like youre floating.
House
Disco
BBC-001
Berlin Bass Collective
a1Brian Ring - Hes A Part-Time Player. Shes A Full-Time Hustler.
a2Brian Ring - Second Base
b1Bridge Guy - Thelma
b2Bridge Guy - Living There
out of stock
11.49 EUR *
Related Artists:
Brian Ring & Bridge Guy Bridge Guy Ephemeral Justin Ramsey Kez Ym Ruff Stuff so. mind The Checkup & Deeleegenz
* All prices are including 19% VAT excl. shipping costs.