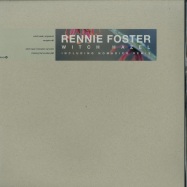 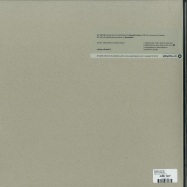 Rennie Foster
WITCH HAZEL EP
12" Vinyl D 07.09.18
a new adepth audio record featuring canadian rennie foster, including a remix of nomadico (dj dex/underground resistance). the title track witch hazel is a 9 minute long track with no breakdown and a minimal approach to arrangement, with organic elements cycling in and out subtly rather than obviously beginning and ending. a rolling half time, tribal groove drives the power of the track with a haunting vocal sample and layers of percussion creating a heady, polyrhythmic hypnosis on the dance floor. not since rennie s well known devil s water has he presented such an overtly occult offering as this extremely finely crafted ep, and this song represents the initial seduction of the record to the listener very effectively. the second track, navigator, is a drum machine driven workout, again with a polyrhythmic and tribal vibe, this time drenched in a rich, holographic pad that morphs and moves in unexpected ways. minimalistic in presentation, this track is bass heavy and functional for the dj, yet artistic and emotional. the nomadico remix by dj dex of underground resistance takes the elements of witch hazel and re-constructs them in a futuristic style with a more driving kick and molten detroit attitude. a heavier techno approach to the piece, but still intact is the melancholic atmosphere of the original and siren song of the vocal sample. this mix includes a dramatic breakdown and unique arrangement familiar to fans of nomadico s awesome yaxteq label. the last track on the ep is called crossing the boundary is possibly the only track in this style to sample distorted vocals usually associated with black metal, making this a very unique, perhaps polarizing, experiment in sound. evocative of the desolation of deep space and suggestive of sonic dark matter. this track combines rennie s singular approach to dub techno with ambient and drone music and the result is like nothing else currently in existence.
Techno
aDepth012
aDepth audio
a1Witch Hazel
a2Navigator
b1Witch Hazel (Nomadico Remix)
b2Crossing the Boundary
in stock
9.99 EUR * 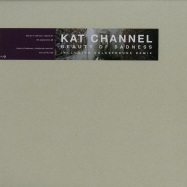 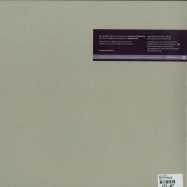 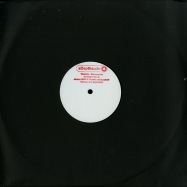 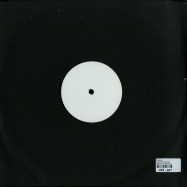 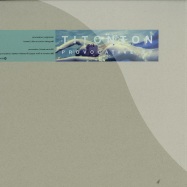 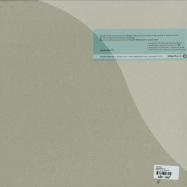 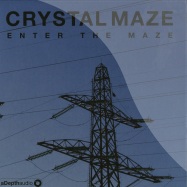 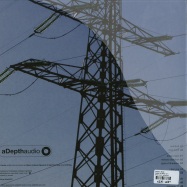 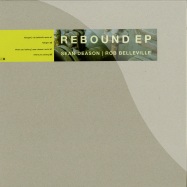 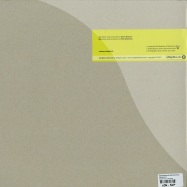 Sean Deason & Rob Belleville
REBOUND EP
12" Vinyl D 16.10.12
adepth audios 8th release is a collaboration between detroits sean deason and dutchman rob belleville. needing little introduction, sean is the owner of respected detroit label matrix records, and the mastermind behind much acclaimed electronic music. robs reputation for relaxing and understated techno is growing with each of his releases. the track >halogen< is a stomper reminiscent of seans classic matrix releases. robs remix has a more electronic feel with wonderful breaks. where you belong is hypnotic music that evolves and lingers. seans interpretation of this track is a mover with all the detroit goodness youd expect. a future classic.
Techno
Detroit
aDepth008
aDepth audio
Sean Deason - Halogen (Rob Belleville Remix)
Sean Deason - Halogen
Rob Belleville - Where You Belong (Sean Deason Remix)
Rob Belleville - Where You Belong
out of stock
8.99 EUR * 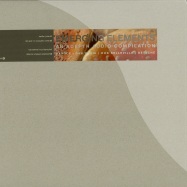 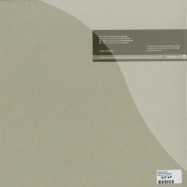 Various Artists
EMERGING ELEMENTS EP
12" Vinyl D 07.02.12
emerging elements is adepths new ep of diverse, quality electronic music produced by talented dutch artists. its adepth audios seventh release and showcases the work of four of these artists and producers. mila by dan9er is reminiscent of classic chicago house, with its striking, angular bassline. the track is an homage to mila. dan grains in a beautiful world is a track from another dimensionexpansive and melodic, incorporating sounds which suggest detroit-inspired music from mid-90s amsterdam. the luxuriant sound of true indentity is relaxing techno for the after hours, again proving rob belleville is one of the most detroit-inspired talents of the netherlands. détaché is a young producer determined to record fresh sounds influenced by detroit, deep house and modern techno. shapes & shadows is his most recent work, and features great bass variations and warm, relaxing synthesiser chords.
Techno
Detroit
aDepth007
aDepth audio
Dan9er - Mila
Dan Grain - In A Beautiful World
Rob Belleville - True Identity
Détaché - Shapes & Shadows
out of stock
8.99 EUR * 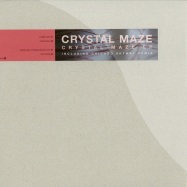 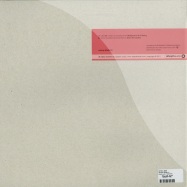 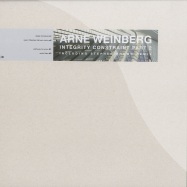 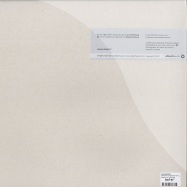 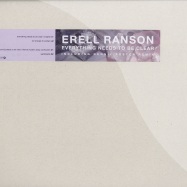 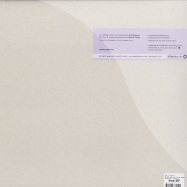 Erell Ranson
EVERYTHING NEEDS TO BE CLEAR
12" Vinyl D 03.02.11
erell ranson is based in the north of france and has already released memorable records on arne weinbergs aw-recordings, as well as on his own myself label. he expresses his personality through these soulful productions, and this new release on adepth demonstrates how his great talent has developed even further. each track on the new everything needs to be clear ep is an individual musical journey in its own right. the 4 track ep begins with erells original version of >everything needs to be clear<. its combination of gentle chords with electro beats is the foundation of the musical ideas explored throughout this release. the second track, >so strange to explain<, is deeper and an adventurous fusion of dark, intense tones, swirling beats and insistent percussion. on the flipside, canadian rennie foster remixes the title track, and delivers a fine piece of modern dancefloor techno which respects the key elements of title track. erells >sandcastle< closes the ep, and its sophisticated yet punchy bassline and fragile synths recall some classic early 90s productions.
Electro
Detroit
aDepth004
aDepth audio
Everything Needs to Be Clear
So Strange to Explain
Everything Needs to Be Clear (Rennie Fosters Deep Clarification)
Sandcastle
out of stock
8.29 EUR * 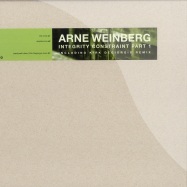 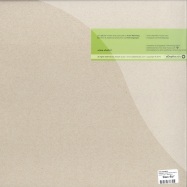 Arne Weinberg
INTEGRITY CONSTRAINT PART 1
12" Vinyl D 07.10.10
integrity constraint part 1 is the first in a series of adepth audio releases by glasgow resident arne weinberg. weinberg, originally from germany, earned his stripes with brilliant releases on respected techno labels including his own aw-recordings. like all adepth audio releases, the integrity constraint 12 inch includes a remix with a distinctly different interpretation of one of the tracks. we are kickstarting this one with a kirk degiorgio remix.
Techno
Deep House
Techhouse
Electro
aDepth003
aDepth audio
The Circle
Desdemonia
Kirk Degiorgio Remix - Paralyzed Tribes
out of stock
8.29 EUR * 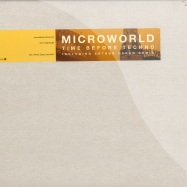 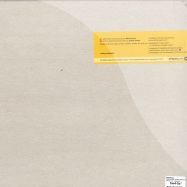 Microworld
TIME BEFORE TECHNO (ARTHUR OSKAN REMIX)
12" Vinyl D 03.09.10
australian producer philip mcgarva aka microworld is well known for his releases on transmat and styrax, both of which instantly became sought-after techno classics. dutch label adepth audio is proud to present microworlds new >time before techno< ep, with the title track another classic in the making.
microworlds signature is clearly evident throughout - the slow smooth build-up, with every new sound revealing extra dimensions within the music. definitely an after hours track that will go straight to your soul. the second track >ism< is a minimal but effective rhythm, a driving bassline, a catchy synthesizer and vocal sample that will stick in your head. canadian producer arthur oskan chose to remix >ism< and rebuild it into a pulsating 9 minute club track overflowing with warm synthesizers.
Deep House
Detroit House
Techno
Techhouse
aDepth002
aDepth audio
Time Before Techno
Ism
Arthur Oskan Remix - Ism
out of stock
8.29 EUR * 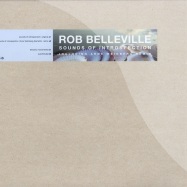 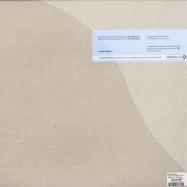