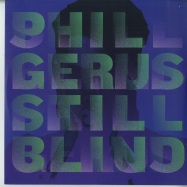 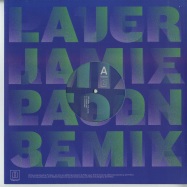 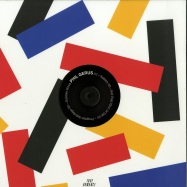 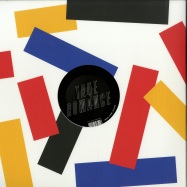 Phil Gerus
SUDDEN MOVE
12" Vinyl D 09.07.18
phil gerus is a natural musical talent who oozes sound from every pore. fusing together cassette pop, disco, soul, r&b and funk, his sounds are effortless but hugely emotive and have come out on labels like sonar kolkektiv, manmakemusic (george fitzgeralds label), futureboogie and true romance. growing up in moscow, phil studied classical piano and was heavily influenced by his parents music tastes, including jazz records of oscar peterson, bill evans, and keith jarrett, it is these classy vibes that permeate his own creations. phil has played around the world at leading clubs like japans dommune, studio 80 (amsterdam), mojo club (hamburg) and various hotspots in europe and russia. phil is also a regular guest on radio shows around the planet and is considered as an artist on the rise.
House
Disco
TREP020
True Romance
a1Kabary
a2Not That Kind Of Girl
b1Program Sabotage
b2Sudden Move
out of stock
10.99 EUR * 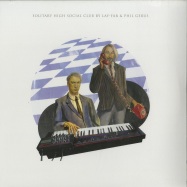 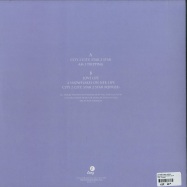 Lay-Far & Phil Gerus
SOLITARY HIGH SOCIAL CLUB
12" Vinyl UK 12.06.18
two of russian electronic musics rising stars, phil gerus and alexander lay-far, invite you to join them at the solitary high social club. while table service is provided, theyd much rather you throw caution to the wind and head to the dancefloor.
before joining forces in the studio, both moscow-based musicians have delivered a string of memorable solo productions. lay-far has previously released a wealth of material on such labels as local talk, city fly, lazy days and 4lux black, while synthesizer fetishist gerus has showcased his electrofunk and disco-fired cuts on futureboogie recordings, sonar kollektiv, public release and superior elevation records.
the five tracks that make up solitary high social club deliver a perfect marriage of the two producers distinctive solo styles, combining the rich musicality of lay-fars house productions with the spacey, intergalactic electronics of geruss discoid adventures. in many ways, its a marriage made in heaven  or in lay-fars celebrated in-beat-ween studio, at least.
House
Disco
LENG041
Leng
a1City 2 City, Star 2 Star
a2Am I Tripping
b1Love Life
b24 Snowflakes On Her Lips
b3City 2 City, Star 2 Star (Reprise)
in stock
12.99 EUR * 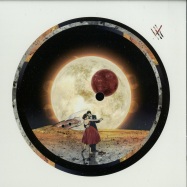 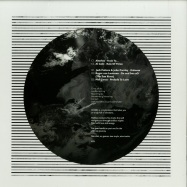 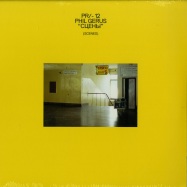 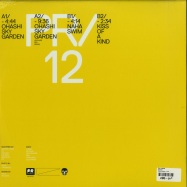 Phil Gerus
SCENES
12" Vinyl UK 14.03.17
public releases hits the lab for some aural alchemy and to turn out its first release of 2017. a four-tracker from moscows phil gerus, scenesor, in the producers native russian, &#1089,&#1094,&#1077,&#1085,&#1099,manages to have a makeup thats both peculiar and magnetic. the titles a fitting one, every track feels like a vignette in a collection of short stories. separately, theyre self-contained, but a rich narrative arch is added when theyre sewn together. if there is a theme here, its of viewing the future through the dusty lens of the past, and each of the songs explores this in its own fashion. the kick-off, ohashi sky garden, starts as a hyped-up italo space epic, pumped full of swirling synth licks and sharp, tight drums, but it mutates into something completely its own when vocal samples (90s r&b?) and warm keys (prog rock rhodes?) enter. after the originals brisk five minutes, the legendary richard sengraffiti guy, breaks guy, house guy, disco guy, half-of-padded-cell guysteps in to give it a trance-y tinge while doubling its runtime and adding a dancefloor-destroying hi-nrg coloration. the b begins with naha swim, a crunchy funk foot-stomper that might as well be an unreleased idjut boys or ray mang ditty dug up from the noid catacombs. fiery and furious, yet utterly cheeky. serving as a sort of coda to naha is kiss of a kind, a gerus take on 80s adult contemporary, replete with sleazy sax and sensual pads. a gentle nightcap to a zigzagging, antic 12-inch
Disco
Deep House
House
PR12
Public Release
a1Ohashi Sky Garden
a2Ohashi (Richard Sen Remix)
b1Naha Swim
b2Kiss Of A Kind
out of stock
10.49 EUR * 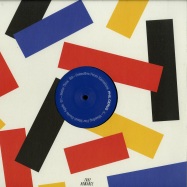 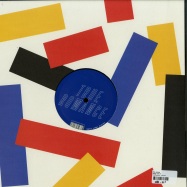 Phil Gerus
MAKE TIME EP
12" Vinyl D 12.12.16
to wrap up 2016, true romance unleashes one more disco stunner. this time the fabulous three tracks 12 comes from the classically trained yet funky to the bone: phil gerus. the russian producer has been a rising force of the modern disco movement with releases on futureboogie, sonar kollektiv, thugboat edits to name a few. the make time ep, his first offering on true romance, confirms gerus is here to stay. the a side, she is wearing her black boots again, is meant to played very loud and very late in a dark smoke-filled room. its a raw thumper with a thick post-disco bass line, robotic italo synth, dreamy chopped up vocals all layered with catchy mysterious chords. the flipside starts with the irresistible make time, a groovy number with loopy funk guitars, soulful vocals and infectious keys that will stick to you like glue. for the grande finale, gerus serves us detective from kamakura: a gritty electronic funk track with banging percussions and delirious moans that will keep you awake until the break of dawn.
House
Disco
TREP014
True Romance
a1She Is Wearing Her Black Boots Again
b1Make Time
b2Detective From Kamakura
out of stock
8.99 EUR * 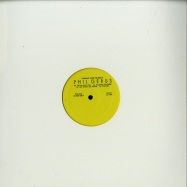 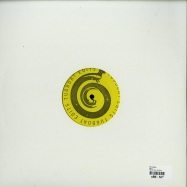 Phil Gerus
VOL.8
12" Vinyl US 02.11.16
fresh off releases on bastard jazz, kat and lumberjacks in hell, phil gerus is about to blow up and these 4 tracks on tugboat edits demonstrate why. let me love you opens the a side, followed by the neu deutsche welle of mistress uniform while get funky and cyanide keep the party going! hand stamped, limited edition of 400.
Disco
TBE1208
Tugboat Edits
a1Let Me Love You
a2Mistress Uniform
b1Get Funky Get Down
b2Cyanide
out of stock
14.99 EUR * 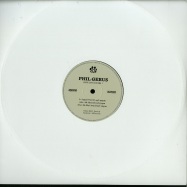 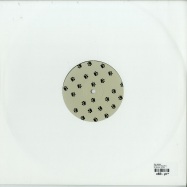 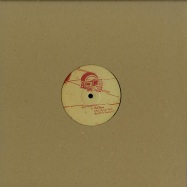 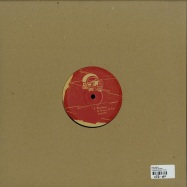 Phil Gerus
PLEASURE & PAINS
12" Vinyl UK 16.09.16
lumberjacks boogie is back! phil gerus is a natural musical talent who oozes sound from every pore. fusing together cassette pop, house, soul, r&b and funk, his sounds are effortless but hugely emotive and have come on labels like sonar kolkektiv, manmakemusic, futureboogie, madtech and bastard jazz before now.
House
Disco
LJB 002
Lumberjacks Boogie
a1If Not, My Eyes Closed
a2Why All The Questions
b1All Pleasures, All Pains
b2Sangenjaya
out of stock
10.49 EUR * 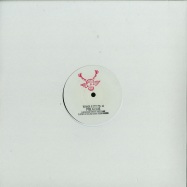 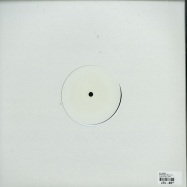 Phil Gerus
TO RACK & RUIN VOL. 11
12" Vinyl UK 13.06.16
those disco specialists at to rack & ruin are back in business, kicking off their 2016 campaign with an absolute scorcher from moscovite producer phil gerus. after making waves with a string of releases for the likes of futureboogie and sonar kollektiv, gerus arrives at the mancunian edit institution in fine form, ready to take over the world with a quartet of fully loaded floor movers for all you dancing fools.
House
Disco
RR012
To Rack & Ruin
a1Delicious Wishes
a2Bossy Lady
b1Stop! Lets Slow Down
b2Agent Meguro
out of stock
10.99 EUR * 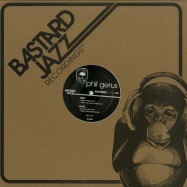 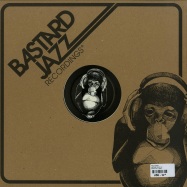 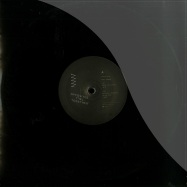 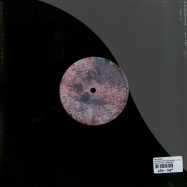 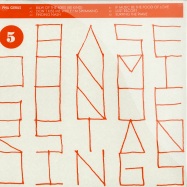 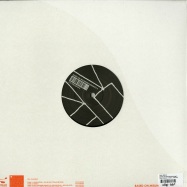 Phil Gerus
BASED ON MISUNDERSTANDINGS 5
12" Vinyl D 16.11.12
sonar kollektiv presents: the genius of phil gerus.with this brand new 6-track ep, the first release for gerus on a major label sonar kolletiv can lay claim to introducing a large talent to a wild audience.
House
Deep House
Cosmic
SK252
Sonar Kollektiv
B&W Of The 60ies (Be Kind)
Dont Kiss Me While Im Swimming
Finding Nash
If Music Be The Food Of Love
Lust Escort
Surfing The Wave
out of stock
12.95 EUR *
* All prices are including 19% VAT excl. shipping costs.