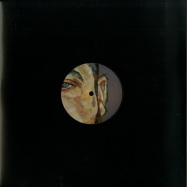 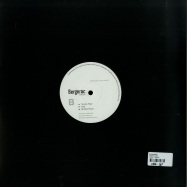 Red Rackem
TOMATOE POPE
12" Vinyl UK 27.12.17
nice price deal !!! new years deal - what more can be said about 2016 for red rack em apart from massive? in march, he released the instant classic wonky bassline disco banger which has been one of the biggest selling house tracks of the year, picking up praise and plays across the board from moodymann, the black madonna and mcde right through to disclosure and mark ronson.
tomato pope is a slamming party banger. somewhere between house, techno, african music and broken beat, the drums are driving, the bassline is huge and the vocal samples get mangled throughout the track. it s another guaranteed floor wrecker from red rack em and gives a tantalising taste of the lp weight to follow.
Deep House
House
Disco
Detroit House
Hot Deal
Berg006
Bergerac
a1Tomato Pope
b1Ocaj
b2Rhodes House
out of stock
0.97 EUR *
4.83 EUR
80% Discount 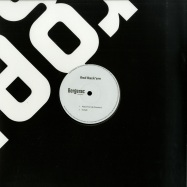 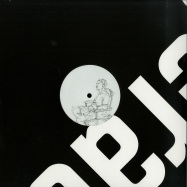 Red Rackem
PLACE FOR ME (VERSION) / EXHALT
12" Vinyl UK 18.12.17
danny berman aka red rack em is back with 2 more burners on his much loved bergerac label. after slaying everyone last year with wonky bassline disco banger and this years hotly tipped self portrait lp he s got his sights set firmly on the dancefloor once more. 2017 has been a vintage year for the berlin based dj producer with radio 1 mixes, serious air miles, remixes for tensnake, tinie tempah, shows for rinse and after a hectic summer, it s time to focus on his own productions and get back to what he does best. making slamming house cuts designed for maximum floor damage. place for me (version) is a cut up, pumping, soulful disco house slammer. originally released in 2009, it s been updated and remastered and is another great example of red rack ems ability to chop up vocal samples and make something fresh from them. guaranteed club wrecker, which served as a pre-cursor to wbdb and thus needs to be out there once more. exhalt is a super deep, spiritual house number with vibes galore. deep pads and crisp beats combine with deep bass in an ecstacy tinged, euphoric disco number. one for the heads
House
Deep House
Disco
Berg007
Bergerac
a1Place For Me (Version)
b1Exhalt
in stock
9.35 EUR * 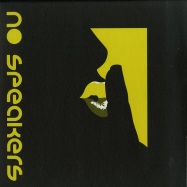 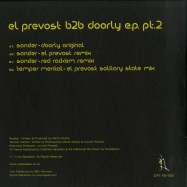 El Prevost, Doorly, Red Rackem
EL PREVOST & DOORLY B2B PART 2
12" Vinyl D 21.08.17
after the huge success of their first collaboration, doorly and el prevost are back for part two: this time the world touring doorly serves up a hot original that gets remixed by red rackem and el prevost, while el prevost also serves up an original of his own, all on his own no speakers label. the first ep, featuring a lee foss remix, got support form the likes of paco osuna, solomun and groove armada and this second instalment is set to be just as big this summer. doorly is a dance heavyweight who headlines clubs like space ibiza on his global travels, releases on cajual, hot creations and dirtybird and is no stranger to hitting high places in the charts with his big and infectious sounds. as a dj he is energetic and can make a mark on any dance floor, and so will this new tune, sonder. it is six superbly deep and atmospheric minutes of warm, rolling drums and searching synths that bring an intergalactic feel next to twinkling keys. jostling percussion brings a little loose funk and the whole thing is sure to lock in dance floors. el prevost then steps up to remix after 15 years of putting out killer cuts on labels like third ear. his music has made its way into the record bags of tastemakers like steve bug, dj hell and steffi and this excellent remix shows off his singular style again. it is a little tougher and more energetic than the original, with sprinkled hits, rumbling bass and pixelated synth lines dancing about up top. then comes red rackem, the bergerac boss who had a huge hit with wonky disco bassline banger last year. it was one of the tracks of the year and has been followed by an equally brilliant album by this esteemed house veteran. his remix here is big, bouncy and off kilter thanks to its coarse hi hats and punchy rubber drums. great vocal treatment adds more wonkiness and broad synth strokes flesh things out into another sure-fire party starter that sounds like little else. last but not least, el prevost offers up a solitary state mix of his own temper mental. its a hugely inventive track with great synth modulations burrowing deep into your brain as dancing hi hats and whirring bass encourage you to cut loose and shift freaky shapes. this is a strong ep that really packs a punch across four standout tracks.
Techno
Neotrance
House
NS003
No Speakers
a1Doorly - Sonder
a2El Prevost Remix - Sonder
b1Red Rack Em Remix - Sonder
b2Ele Prevost - Temper Mental (El Prevost Mix)
Last Copy!
9.25 EUR * 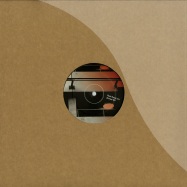 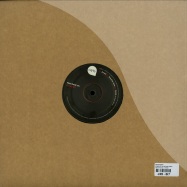 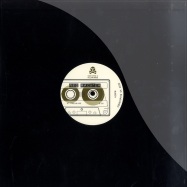 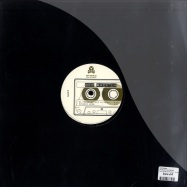 Red RackEm
PRESSURE/ KEZ YM RMX
12" Vinyl UK 07.07.10
following his wicked remix of the revenges forever in their debt, home taping welcome back the maverick dj and production talent that is red rackem. red is the force behind the much loved smugglers inn radio show and has had releases on top imprints like tirk, untracked and deep freeze for which he has received props from the likes of gilles peterson, mr scruff and greg wilson amongst others. in his first outing for the imprint red decides to fuse two very different sides of his musical repertoire. the first cut, pressure is an early 90s inspired banger that draws from his teenage experiences of house music and captures the spirit of those end of festival dj sets when the dance floor is really going off. flipping over to the other side, back home is an expertly crafted slo mo collage of sounds which was written back at his parents home in a scottish fishing village and is all about reds feeling of being at home and sifting through his dads record collection looking for inspiration. also on the flipside, is up and coming japanese producer and red rack em favourite kez yms beautifully deep detroit inspired rework of pressure. put house back into your life and ease the pressure with the sounds of home taping! two top workouts that will rule the floor! press play and feel the rhythms!!
Deep House
Detroit House
hometaping5
Home Taping Is Killing Music
Pressure
Kez YM Remix - Pressure
Back Home
out of stock
8.37 EUR * 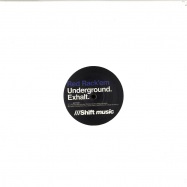 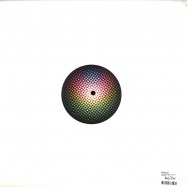 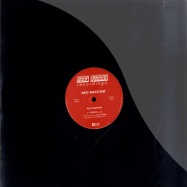 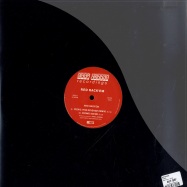